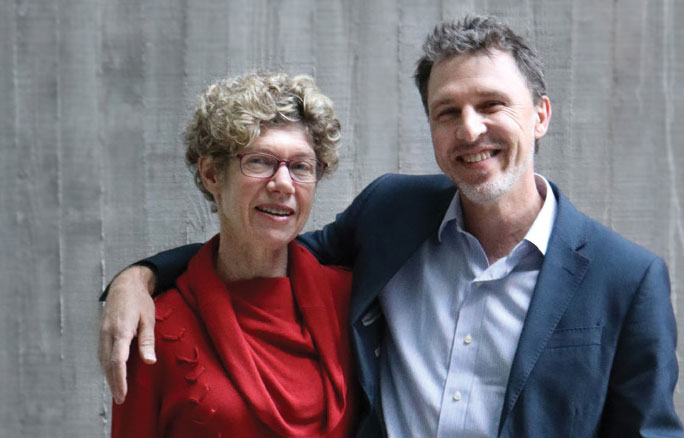 Professor Jacqueline Center and Associate Professor Paul Baldock have both worked at Garvan for more than two decades. Jackie treats people at St Vincent’s Hospital Sydney with bone and endocrine (hormone) disease, which are often seen together, such as post-menopausal osteoporosis.

Paul has worked in both the Bone Biology and Neuroscience Divisions of Garvan. Their work together came about as many of the best collaborations do – through a chance observation and a conversation. That turned into a three‑year clinical trial and then a new finding of enormous significance.

How did you  meet?

Jackie: I became aware of Paul’s work in the Neuroscience Division. I thought his research in the way hormonal feedback from the brain can impact bone mass, especially in relation to weight loss, was very interesting.

Paul: I remember meeting Jackie in my first week at Garvan. I started in the Bone Division then moved to Neuroscience, but I was still studying bone – how the brain and hormones can control bone mass.

What led you to working together?

Jackie: I was very interested in the impact of weight loss on bone strength. I attended a conference where a gastric surgeon spoke about rapid weight loss through surgical procedures and I thought this would be an effective way to focus my question. From what I knew about Paul’s research I thought he could help me investigate.

Paul: When Jackie approached me with her idea of studying how rapid weight loss affected bone mass  I liked the idea that we could do a clinical trial of only three years – that’s a lot faster than most studies of bone.

What’s been  the outcome?

Jackie: We saw dramatic impacts on the bone mass of patients based on surgery type. This wasn’t bone loss due to bearing less weight – it was clear there was a systemic effect. People who have gastric bypass surgery lose bone mass year after year. This is especially concerning because more and more people are getting this surgery younger.

Paul: Doctors considering prescribing the procedure need to take long-term bone decline and disease into account. Over 20 or 30 years, especially for people who have a family history, this could significantly affect quality of life.