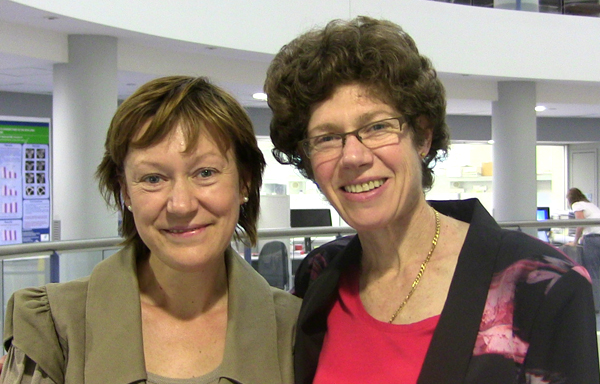 Associate Professor Jackie Center and Dr Dana Bliuc have examined data from the Dubbo Osteoporosis Epidemiology Study, the world’s longest-running large-scale epidemiological study of osteoporotic bone fractures, and have analysed data for different fracture types in various age groups over 60. They have also calculated the associated risk of premature death after the initial fracture for each fracture type, as well as the risk of re-fracture and premature death following the re-fracture. Their results are published in the Journal of Clinical Endocrinology and Metabolism, now online.

“The important point we make is that all fractures are serious, some more serious than others, and most have the potential to reduce life expectancy,” said Dr Dana Bliuc.

“Hip fractures have much poorer outcomes and higher mortality, for example, than vertebral fractures.”

‘Proximal fractures’, or those close to the body, such as humerus, rib or pelvic fractures, can be as serious as vertebral fractures, and have the potential to shorten life. ‘Distal fractures’, such as those in the wrist or ankle, do not in themselves shorten life, although they should be taken seriously because they double the risk of re-fracture.

“We constructed a ‘competing risk model’, which looked at the joint risk of subsequent fracture and mortality over time.”

“The same competing risk model showed a compounded risk of mortality following re-fracture. In the 5 years after initial fracture, about another third of people experience a re-fracture. These people again experience excess mortality – and men fare a lot worse than women. For example if a man has another fracture after an initial hip fracture we observed an 80-90% mortality risk.”

Endocrinologist Associate Professor Jackie Center believes that most osteoporotic fractures should be treated with drugs to reduce the risk of further fracture. “The majority of doctors know that it is wise to treat hip and vertebral fractures, but many do not take the other fracture types as seriously,” she said.

“Fractures impose an enormous health burden, even with minimal hospitalisation, and significantly impair the lives of patients and their families. The faster we act to reduce the risk of re-fracture, the better it will be for everyone.”