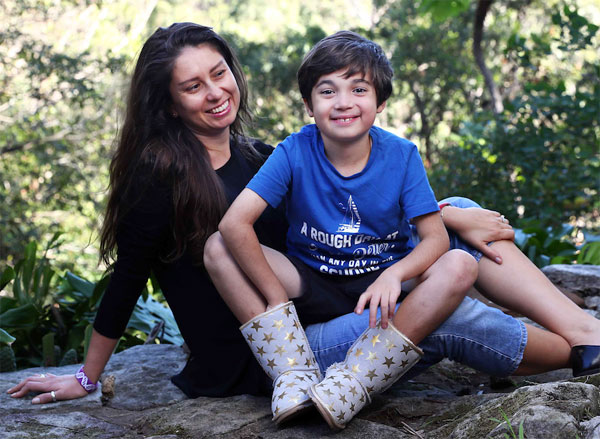 A genetic test saved the life of eight-year-old Alan after doctors spent years prodding and jabbing the Sydney schoolboy, puzzling over what was slowly killing him.

The cause, buried deep in Alan’s DNA, was a genetic short circuit so rare that the disease did not have a name until 2012. The important thing is there was a cure: once the misfiring LRBA gene was identified through DNA sequencing, his specialists dug up the file on a similar case in the US and delivered treatment that ­finally worked.

Now imagine a world where a person’s whole genome could be typed for less than $100, where your GP could peer into the future and stop you becoming sick long before the first symptom appeared.

It’s no pipedream. A new report by Sydney’s Garvan Institute, which is at the cutting edge of genomic-based medical research in Australia, provides a road map to where genetic medicine is going and how this will ­impact everyday life.

“Your genome is not just your instruction manual, it predicts how you will develop,” says author Thomas Barlow, a social scientist who identifies trends in this fast-expanding field. “Right now we are at the beginning of a wave in genomics. And it is just going to wash through our whole society.”

A key consideration is the cost of whole-genome sequencing to unravel the blueprint of life that is imprinted in human DNA. Twenty years ago, this ran to millions for a single study. The cost today has tumbled to $US1000 ($1324), bringing it into reach for Alan after he was admitted to a clinical trial at the Garvan.

In the institute’s Global Genomics Report, out tomorrow, Dr Barlow predicts the price will fall to $100 within five years — excluding the cost of assessing the data, a hefty add-on. “At the moment, the cost of whole-genome sequencing is accessible, but it’s not something everyone is going to do,” he said yesterday.

“Once you’re down to the $100 mark for the sequencing, it’s analogous to an HPV vaccine or the blood prick (genetic) test that children have when they’re born … when everybody has it, it will empower patients, because patients will be able to have conversations with their clinicians about what is individual to them, what is specific to them about their medical needs.”

Alan’s problems emerged when he was three and his mother, Berna, noticed that he had come out in red spots. These were signs of internal bleeding, not a rash. Tests showed that his blood-platelet count was so low his life was at imminent risk. His immune system then collapsed and anaemia set in, making him just about as sick as a little boy could be. Lesions erupted in his lungs.

Doctors tried one drug after another, to no avail. With nothing left to lose, Alan’s parents signed him on to a trial at the Garvan ­Institute in 2015, where his ­genome was typed, one of 18,800 sequences done there to date.

It turned out that he had LRBA deficiency — a genetic disorder that had never been seen in Australia, having been identified in the US only in 2012.

In an astonishingly unlucky coincidence, both his mother and father, Tansel, a computer scientist, carried the same faulty LRBA gene. But once the cause of the problem was pinpointed in his genome, a drug otherwise used to treat rheumatoid arthritis, Abatacept, worked a treat.

Alan is now a different boy ­altogether — going to school instead of fighting for his life in intensive care, trampolining in the backyard, giving his relieved dad grief with his prized Star Wars light sabre. “It’s quite a nice change,” his father said laughing. Dr Barlow said only a “fraction” of Australians had so far had their genome sequenced, but this, too, would change. “The biology for most people is a total black box. We don’t really understand ourselves,” he said.

“What happens is we get sick, we go to the doctor … and there is a kind of a statistical evaluation: a doctor might say, ‘what are the odds that this is meningitis or just someone with a bad headache?’ In a genomic arrangement, there is less depending on judgment, and much more dependence by doctors on data … it changes the focus of medicine.”

He said the benefits were already apparent in new, genetic-based drugs that were shifting the odds in favour of patients with hard-to-treat cancers, such as melanoma.

Read the article in the Weekend Australian.