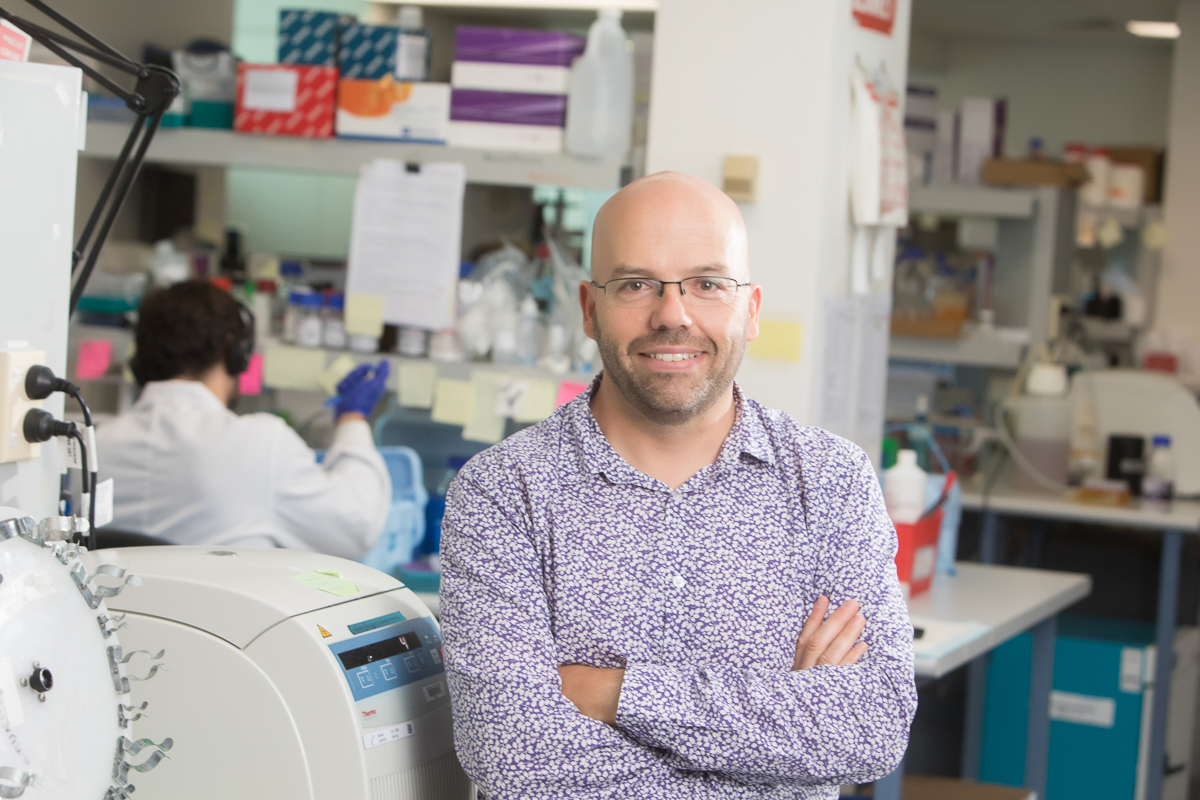 For those living with tuberculosis, and the 10 million that will lose their lives to the disease every year, drug treatments are already on the market – but side effects and drug resistance have meant scientists have continued their mission to find better ways to prevent the disease.

Together with an international team of researchers – led by Professor Jean-Laurent Casanova from the Rockefeller University in New York and the Imagine Institute in Paris – Professor Stuart Tangye from the Garvan Institute of Medical Research studied patients with rare mutations that left them more susceptible to developing tuberculosis than the general population. The team uncovered clues about the disease’s intricate mechanisms of control, published in two Science Immunology papers today, that could significantly change how scientists think about better life-saving measures to improve health outcomes for millions.

“The key to better prevention is stopping tuberculosis before it takes hold – we now know interferon gamma is a critical part of this defence,” says Associate Professor Cindy Ma from the Garvan Institute, who as an author on the paper.

All roads lead to… interferon gamma

In their first paper, the researchers investigated two families where members were susceptible to a group of so-called mycobacterial diseases including tuberculosis. They found that each of these families had an undiscovered mutation in their cells’ ‘docking stations’ for the immune molecules IL-12 and IL-23. These two molecules act like messengers of the immune system and shuttle signals between cells during an immune response, which are subsequently important for fighting off mycobacteria.

“We discovered that one pathway was generally enough to keep you healthy. What that told us was that you need the action of both IL-12 and IL-23 to be completely functional to give you protection against disease,” says Professor Tangye.

While IL-12 and IL-23 act on different immune cells, there was a common thread: both messengers send signals to immune cells to produce a molecule called interferon gamma which is known to fend off bacterial and viral infections. “This pointed to the key role of interferon gamma,” explains Professor Tangye.

In a second Science Immunology paper, Professor Tangye and his collaborators investigated the immune cells of 10 patients who all suffered from tuberculosis and all had a single, specific mutation in an enzyme called TYK2.

Today, this mutation occurs in approximately four percent of Europeans. Interestingly, when Professor Casanova’s colleagues from the Pasteur Institute in Paris analysed the DNA from 4,000 year old human fossils, they discovered that the mutation was found in nine percent of Europeans during the Neolithic Age. This indicates that the mutation has been gradually ‘purged’ from the gene pool.

“It points to the selective pressure of host-pathogen interactions in evolution – it’s science in action,” says Tangye. “You can see how the pressure of infection really is a threat to the species and the strongest survive due to their genetic makeup.”

Professor Tangye’s team discovered that the TYK2 mutation impaired the immune cells’ ability to respond to IL-23, and therefore stifled the function of these cells, including production of interferon gamma.

“The common mechanism that all of these genetic defects converge on is interferon gamma. If you can’t make or respond to interferon gamma sufficiently that’s the crucible to susceptibility to mycobacterium disease,” says Professor Tangye.

The implications of this finding could be far-reaching, he adds. Tuberculosis drugs available today target the bacteria that cause the disease. An alternative is to boost the immune system’s natural ability to fight it off. Doctors have already used interferon gamma to treat tuberculosis patients – with success, but the therapy is expensive and not easily accessible.

Professor Tangye hopes his work will lead to a change in thinking around how to best develop therapies in the future. By combining current tuberculosis vaccines with an agent that increases the body’s natural production of interferon gamma, Professor Tangye says those exposed to tuberculosis may have a better chance of avoiding the disease.

“These papers reinforce the value of using interferon gamma as a therapy – more confirmation that that is a valid way to go. It’s the pathway that should really be harnessed for vaccination or therapy.”