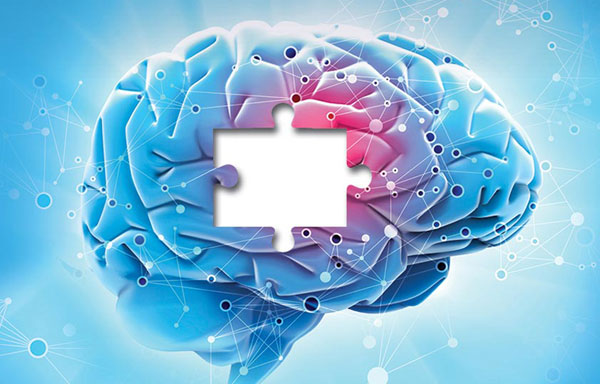 Seeking to understand Parkinson’s disease is to journey into terra incognita. In most cases, the cause is unknown. There is no known prevention or cure. There’s no definitive test, and is diagnosed through clinicians’ assessment of a range of symptoms.

While such aspects remain unclear, the disease itself is all too familiar. Parkinson’s is the second most common neurological disease after dementia, with about 70,000 Australians living with the condition.1

Journalist Liz Jackson recently shared an intimate portrait of her experience in a Four Corners documentary: “[When I was diagnosed], Parkinson’s meant a bad tremor, an awkward gait and difficulty with handling small change. I’ve since learned it’s a complicated disease of the brain that can have different effects on different people. For me it’s meant pain and panic attacks.”2

So where does such a lack of indicators leave researchers, let alone patients and their families?

“This is a major problem with brain disease. We know the least about diseases of the brain,” says Professor Antony Cooper, who heads Garvan’s Neuroscience Division. “If you have a cancer then often it can be biopsied and swiftly tested. But no one is going to say, ‘Please take a piece of my brain for testing,’ with good reason. Someone might have been diagnosed with Parkinson’s 17 years earlier, and the disease might have potentially started 10 years before they had symptoms, slowly getting worse. So we’re investigating the brain decades later, asking, ‘What caused this to start?’”

Diagnosis typically arrives as the classic “Parkinsonian” symptoms become apparent, such as a resting tremor or slowed movement, which has led to the misconception that Parkinson’s is solely a movement disorder. In truth it has many symptoms, both motor and non-motor. A loss of the sense of smell is often an early sign, which may be followed by chronic constipation, then restless legs while sleeping. Symptoms accumulate in number and intensity as the disease progresses through the brain, region by region, undermining the function of each as it goes.

“One may dismiss some of those symptoms when you’re aging, but then it’s hard to ignore a resting tremor,” says Cooper. “When the tremor appears it is thought 50 to 60 per cent of neurons in a specific part of the brain are already lost. So by the time you’re diagnosed you’re entering the mid-stage of the disease. Most therapies will work best in the early stages.” Current Parkinson’s drugs such as L-DOPA are only effective for treating certain symptoms.

Given this, Cooper and his team study Parkinson’s with two main objectives: finding ways to diagnose before the onset of symptoms, and developing effective therapies. Both are significant, but their value is greatest when used together. “Diagnosing someone earlier is most beneficial if you also have a therapy that will slow or stop their disease,” he says. “Such a therapy would be most effective when given early. We need to simultaneously detect and monitor people’s disease, as well as have something to give them. It’s hand in glove.”

But developing a test and a therapy for a disease we know next to nothing about isn’t easy.

Thankfully there are some clues. While 15 per cent of Parkinson’s cases have an identifiable genetic cause, the remaining 85 per cent are less clear-cut. For them, the genome may also play a role but as an accumulation of small changes overlaid with environmental influences, which combine to cross a biological threshold. Such complex interactions cannot be observed through analysing DNA. Instead, Cooper and team have turned to its lesser-sung companion molecule, RNA (ribonucleic acid), in order to map the early disease changes.

The role of RNAs

If DNA is the book of genetic information, RNA is the transcript of a relevant page. Double-stranded DNA remains archived in the cell’s nucleus, while as many as 100,000 different types of single-stranded RNAs migrate into the cytoplasm to perform various functions, such as templating protein production or in regulatory or managerial roles. Being short-lived copies, RNAs are produced according to supply and demand, whether rarely or in multiples at a time. As such, sequencing and measuring the complete set of RNA, the “transcriptome”, tells us which parts of the genome are active and by how much.

For researchers, the transcriptome is an Aladdin’s cave of insight into complex diseases such as Parkinson’s. In revealing the cellular pathways that are disrupted it can provide a focus for therapies. Furthermore, Parkinson’s-specific RNAs could potentially be used as “biomarkers”, the nano-sized red flags that signal the early presence of disease in clinical pathology, such as a blood test. But first, they would need to be identified.

From samples of donated brains of people who had Parkinson’s and healthy people, Cooper and his team sequenced the RNA transcriptome, compared the results and found more than 40,000 changes: prospective biomarkers. The next step was to extend the findings to a living cohort. For them, the researchers went to a more accessible source, the blood, to see which among the 40,000 RNA changes were still apparent.

“We found that about 3200 RNAs were still different in the blood of known Parkinson’s patients,” says Cooper. Sophisticated computer algorithms found 20 of these RNA changes that, in combination, could distinguish patients from healthy individuals. “From there we will see if we can identify people who later go on to develop Parkinson’s, in other words diagnose them before they have symptoms.”

A pre-symptomatic Parkinson’s blood test would be a major achievement, and not just for its diagnostic potential. A way to measure the extent of a patient’s disease would also help find therapies through assessing whether a drug is working.

Drug development is notoriously challenging: expensive, protracted, swathed in red tape and with a low success rate. The urgency for a Parkinson’s treatment requires an alternative approach. Garvan is leading an innovative clinical trial in Australia that repurposes existing drugs as possible Parkinson’s therapies. The beauty of this concept is that candidate drugs are already in use for other diseases and thus have attained the safety all clear. The trial is part of an international program coordinated by the Cure Parkinson’s Trust UK, and will be Australia’s first to address Parkinson’s progression rather than symptoms alone.

For Cooper, it is also an ideal opportunity to test his biomarkers. “We’ll be testing drugs to help patients but at the same time we’ll see if our biomarkers change as the patients improve,” he says. It may also prompt a more nuanced understanding of Parkinson’s, with potential for personalised medicine. “We’ll probably find that, under the umbrella clinical term of Parkinson’s disease, we can cluster patients into sub-types. One day we might understand sub-type 1 and find a drug that works better for them than for sub-type 2.”

Such a future may seem distant but, as can happen with science, breakthroughs breed breakthroughs. With energy and ingenuity, what is cutting edge now will become commonplace for both research and those it seeks to benefit.