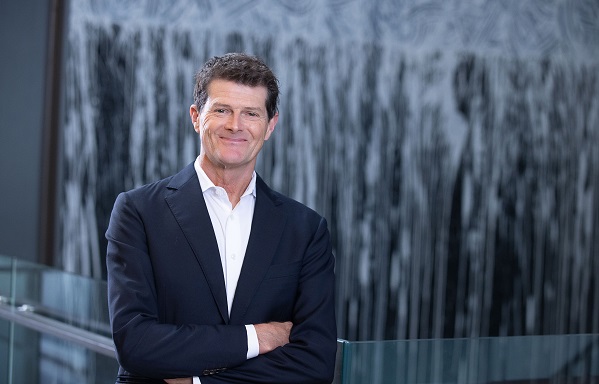 Researchers have identified a new immune defence mechanism as the cause of a severe inflammatory disease affecting two unrelated children, explaining a mysterious set of skin, brain and blood diseases that arise when this defence system fails to be kept on a tight leash.

Led by the Garvan Institute of Medical Research, the team discovered that specific changes in a gene called SAMD9L unleashed an immune response that normally activates in our body’s cells only after they are infected by a virus.

The SAMD9L gene changes in the two children revealed how the leash works, which the researchers have published in the journal Proceedings of the National Academy of Sciences USA.

“This research reveals a new immune defence mechanism that explains a string of inherited diseases that have been confounding doctors around the world: sometimes presenting as brain disease affecting balance and coordination, sometimes as a dangerous lack of blood cells, and sometimes as life-threatening inflammation of the skin and other vital organs,” says Prof Chris Goodnow, Executive Director of the Garvan Institute, Head of the Immunogenomics Lab and senior author of the paper.

“Our findings will help identify future cases of these rare conditions, which will help clinicians make decisions more quickly regarding the patient’s treatment.”

The research study involved two unrelated children, who presented with undiagnosed conditions to Sydney’s Children’s Hospital Randwick in their first weeks of life. The two children suffered from similar symptoms – fevers, a severe inflammatory skin condition leading to extensive scarring, enlarged spleen and liver, platelet deficiencies and anaemia, and abnormal deposition of calcium in the brain.

Their case was investigated by Dr Paul Gray, Senior Staff Specialist Immunologist at The Children’s Hospital Randwick and Visiting Scientist at Garvan, as part of the Clinical Immunogenomics Research Consortium Australasia (CIRCA), a Garvan-led multidisciplinary team of researchers and clinicians investigating the causes of rare immune diseases.

“We sequenced the children’s and their parents’ genomes, but at first there were no obvious clues in the DNA that would have pointed to a genetic cause of their symptoms,” says Amanda Russell, Senior Research Assistant in Garvan’s Immunogenomics Lab and first author of the paper.

“However, because the two patients had such similar symptoms, we compared the variations in their genomes and discovered both children had near identical genetic changes in their SAMD9L gene, which neither of their parents had.”

When a defence system goes awry

The team investigated further to understand what the potential consequences of the changes to SAMD9L could be.

“By analysing the children’s genetic changes, we discovered that SAMD9L is a sensor protein that is usually produced by the body in response to virus infection. When a cell in the body is infected, it produces a signal called interferon to warn nearby cells of the danger. In response to interferon, the nearby cells make large amounts of SAMD9L, but keep it inactive until SAMD9L senses a virus infection within the cell,” said Ms Russell.

“The change in the SAMD9L gene of the two patients removed part of the sensor protein that keeps it inactive under normal conditions. Without this second layer of control, the anti-virus defence was switched on even when SAMD9L was present at low concentrations and the body’s cells acted as though they are under direct attack, even without an infection present.”

“Following up on multiple reports of different families with another change in the SAMD9L gene and mysterious loss of coordination due to disease in the cerebellum of the brain or perilous loss of blood cells, we discovered that this gene change also unleashed the SAMD9L defence response in the absence of virus infection,” explains Professor Goodnow.

“Failure to control this new defence mechanism can result in patients enduring long diagnostic odysseys and seeing a broad range of specialists. Now that these genetic changes in SAMD9L are published, future investigators will have a better chance of diagnosing the cause of the condition early and taking appropriate treatment options,” he adds. “These findings unveil yet another layer in our body’s intricate immune defences against infection and how those defences go awry to cause disease if they aren’t kept on a tight leash.”

This research was supported by the NHMRC and the Bill and Patricia Ritchie Foundation.