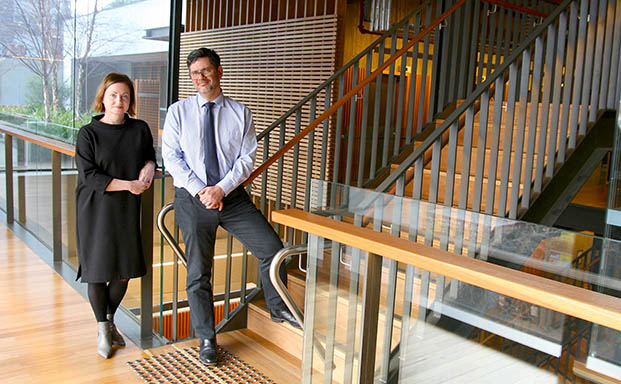 Whole-body MRI screening is clinically effective in cancer surveillance for those at high genetic risk, an Australia-US research team has found. The team has shown conclusively, for the first time, that whole-body MRI detects primary cancers in people with an inherited cancer risk condition called Li-Fraumeni syndrome at an early and curable stage – at a rate of approximately one cancer per 10 individuals tested.

These major findings, which are set to change clinical practice in monitoring those at high genetic risk of cancer, are published today in the leading cancer journal JAMA Oncology.

Li-Fraumeni syndrome is a rare and devastating condition caused by mutations in the TP53 gene and characterised by high cancer risk at multiple body sites.  Half of those with Li-Fraumeni syndrome will develop their first cancer by the age of 30, and almost all will have cancer in their lifetime. Despite this near-inevitability, there is no universally accepted approach to managing cancer risk in Li-Fraumeni syndrome –largely because it is difficult to justify invasive organ-by-organ screening approaches for multi-organ cancer syndromes.

To address this issue, the international research team sought to determine conclusively whether whole-body MRI could play a role in surveillance of those with Li-Fraumeni syndrome. The team was led by Dr Mandy Ballinger and Professor David Thomas (Garvan Institute of Medical Research, Sydney), and by Dr Ana Best and Dr Sharon Savage (National Cancer Institute, National Institutes of Health, USA).

The researchers brought together data from 13 separate studies of whole-body MRI surveillance in Li-Fraumeni syndrome, which together involved 578 participants across 6 countries – Australia, USA, UK, Brazil, Canada and the Netherlands. They conducted a major meta-analysis on the combined data.

Prof Thomas says, “What we have found – conclusively – is that whole-body screening of individuals at high genetic cancer risk really works in the clinic. The screen picks up cancers early, before symptoms appear, at a high rate, and it makes it possible to treat those cancers before they have had a chance to spread.

“This is the first statistically robust analysis of the value of whole-body MRI in screening individuals with high cancer risk across multiple organs.”

Prof Thomas says that the findings using whole-body MRI compare favourably with breast MRI, which is currently approved for screening of women at increased risk of breast cancer.

“In our analysis, the detection rate of primary cancers was several-fold higher than has been reported for breast MRI in women at high risk of breast cancer (BRCA1/2 carriers) – which is typically about one cancer in every 50 women screened. And the false positive rate – the detection of lesions that turn out not to be new primary cancers – is also comparable to that observed for breast MRI in at-risk populations.

“Breast MRI is widely approved, recommended and reimbursed for early detection of cancer in women at high risk of breast cancer – and we believe that whole-body MRI should, similarly, form an integral component of risk management in Li-Fraumeni syndrome, and ultimately in other cases where genomic testing identifies individuals at high risk of developing cancer.”

Dr Ballinger says that the study is likely to herald a change in thinking around the clinical management of hereditary cancer risk.

“Typically, individuals with Li-Fraumeni syndrome have been monitored for new cancers in only those few organs where robust screening approaches exist – in breast, for instance,” Dr Ballinger says. “But in Li-Fraumeni syndrome and in other cases of high cancer risk, cancers can appear at any time, in any organ. This means that this organ-specific approach inevitably fails to pick up most cancers.

“Our findings provide ample rationale for a move towards an integrated and comprehensive approach to screening in Li-Fraumeni syndrome that includes whole-body MRI.”

The researchers will next explore the utility of whole-body MRI in other groups with a high genetic cancer risk.

Prof Thomas says, “We’re learning more and more about the complex genomic landscape of cancer risk – and we’re fast approaching a point at which an individual’s personalised risk of cancer will be determinable, in a nuanced way, by investigating their genome. So, it is more important than ever that we have effective clinical management in place for those who are identified as having a high genetic cancer risk.

“We’ve now shown that whole-body MRI is effective in managing one form of elevated genetic cancer risk – and we look forward to assessing its power to pick up cancers early in a range of high-risk individuals.”

What is Li-Fraumeni syndrome?

Li-Fraumeni syndrome is a rare hereditary genetic cancer predisposition syndrome, which is estimated to affect approximately 1 in 10,000 people worldwide. Li-Fraumeni syndrome is known to be caused by changes in the gene encoding p53, which mean that this key ‘tumour suppressor’ protein cannot carry out its usual anti-cancer activity. The syndrome is inherited in a ‘autosomal dominant’ manner, so that an individual is considered to have Li-Fraumeni syndrome even if he or she inherits only one copy of the altered gene from his or her parents.

What is genetic cancer risk?

‘Genetic cancer risk’ (or genomic cancer risk) refers to an individual’s risk of developing cancer, on the basis of the genetic variants they carry.  There is much that is yet to be understood about genetic cancer risk, although it is clear that risk can vary greatly among individuals.

It is well accepted that for a few cancers (such as breast cancer and bowel cancer, and cancer syndromes such as Li-Fraumeni syndrome), cancer risk is substantially determined by the genes we inherit from our parents. Our understanding of risk in these cancers is based on the effects of variants in particular genes, such as BRCA1 and TP53, which increase cancer risk substantially.

However, it is becoming clear that the landscape of genetic cancer risk is far more complex than previously thought. The risk for developing cancer can be due to the combined effect of multiple inherited gene variants, and the more gene variants, the earlier the onset of cancer. As we learn more about the genetic drivers that give a person an increased risk of cancer, it will become possible to determine an individual’s own risk with greater accuracy.

Which institutes contributed findings to the meta-analysis?

The findings reported today were derived from a major meta-analysis of 13 studies worldwide of whole-body MRI in screening individuals with Li-Fraumeni syndrome. The following institutions played a key role in at least one of the contributing studies:

Garvan’s Genomic Cancer Medicine Program is a major clinical trials initiative that seeks to provide targeted treatment strategies for individuals with advanced rare or less common cancers; to understand the genetic drivers that give an individual a high genetic cancer risk; and to provide risk management approaches to individuals and families at high risk.