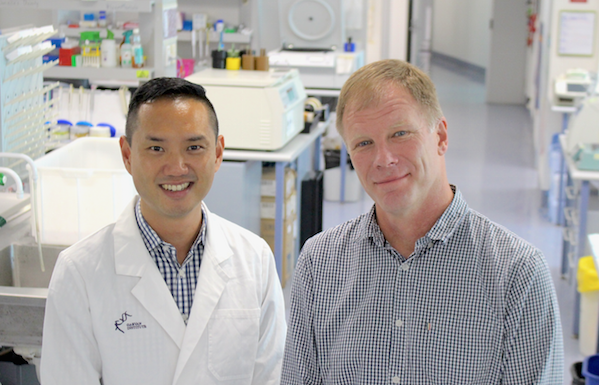 When it comes to fighting infection, the body’s immune system is a master strategist. Even as it goes into battle against a new disease agent (such as a bacterial infection or a virus), the immune system is laying the groundwork to ‘remember’ the invader, so that it will quickly recognise it next time it strikes. The same immune ‘memory’ is responsible for the success of vaccinations against disease.

New findings from Garvan researchers have solved a key piece of the puzzle of how the immune system ‘remembers’. In their work, published recently in the journal Immunity, the researchers watch, for the first time, as ‘memory B cells’ are ‘trained up’ to fight recurrent infection over the course of a lifetime – and show that they protect us from new strains of disease.

Protection now, and for years to come

When it encounters infection or responds to vaccination, the immune system swings quickly into action. One of its most urgent tasks is to develop a crack team of B cells: immune cells that make antibodies. In turn, by binding very specifically to invading bacteria and viruses, these antibodies neutralise the effects of the invaders.

The immune system trains two distinct sets of B cells in response to infection: 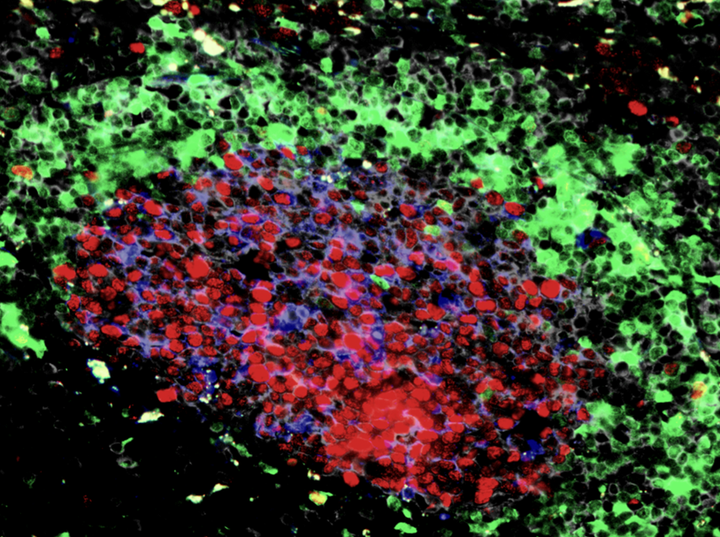 Boot camp for B cells

The cells that will become both memory B cells and plasma cells are trained up in structures called ‘germinal centres’ (pictured), which appear suddenly in the lymph nodes and elsewhere when the body is fighting infection or is responding to vaccination.

“These fascinating structures are a kind of ‘boot camp’ for B cells, putting them through their paces to make antibodies that are highly effective at attacking the particular invader they are facing,” says Dr Dan Suan, who co-led the research.

Watching memory B cells as they develop

Garvan's researchers have developed ways to watch plasma cells within germinal centres – but the origins of memory B cells have remained mysterious until now, because there was no way to identify memory B cells in the early stages of development.

"Now we’ve been able to overcome that stumbling block, by showing that a protein called CCR6 is present on the surface of memory B cells right from the earliest stages,” says Professor Rob Brink, who co-led the research with Dr Suan.

By specifically tagging CCR6 proteins with a fluorescent label, researchers were able to watch memory B cells developing in germinal centres in mice and in human tonsils.

This showed that memory B cells bind somewhat less strongly to the invader than plasma cells do, but – crucially – they bind to a wider range of related infectious agents.

“What does that mean in real terms? We think that memory B cells give us protection against different versions of the disease – the flu strains that can change year on year, for instance,” says Prof Brink.

“With tools to watch the early development of memory B cells, it’s possible that vaccine testing could become faster and more efficient.”

This study was made possible by the generosity of Mr and Mrs John and Megan Wade and Wade Civil Engineering Pty Ltd, and through funding from the National Health and Medical Research Council (Australia).