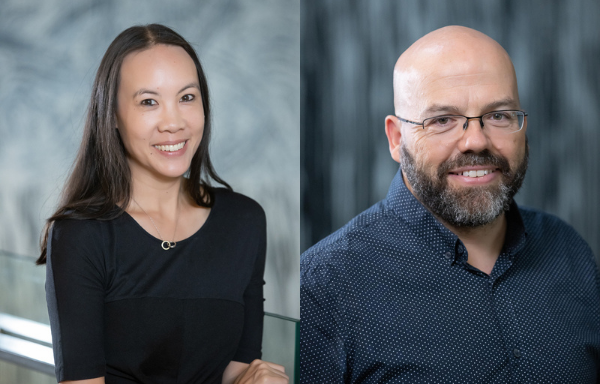 Researchers at the Garvan Institute of Medical Research have discovered an elusive genetic variant to be the root cause of a debilitating immune condition affecting a young family.

The team found that two young children in the same family had variations in a section of their DNA that does not code for protein production. This change impacted the DOCK8 gene that plays an important part in healthy immune function.

Disruption to the DOCK8 gene led to a rare but often fatal condition known as DOCK8 deficiency, a disease characterised by severe and recurrent bacterial, viral and fungal infections, as well as allergies and eczema.

“Because this genetic variation was located outside of the “protein-coding” region of the DOCK8 gene, it took a long time to pin down the root cause of the children’s poor health,” says Professor Stuart Tangye, Leader of the Immunity and Inflammation Theme at Garvan and first author of the study published in the Journal of Clinical Immunology.

“Thankfully, through the Clinical Immunogenomic Research Consortium of Australasia (CIRCA) and a multidisciplinary approach using a variety of advanced diagnostic tools, we were able to recognise the condition without this genetic confirmation. This led to two of the children being treated through successful bone marrow transplants. We were also able to screen three other children in the family and confirm that they wouldn’t develop DOCK8 deficiency.”

Professor Tangye and Associate Professor Cindy Ma (senior author and co-head of the Immunology and Immunodeficiency Lab at Garvan) first began investigating the children’s illness back in 2013, when the family’s first-born son presented to Sydney’s Childrens’ Hospital Westmead with many of the characteristic clinical symptoms of DOCK8 deficiency. At the time, he was only 3.5 years old.

The DOCK8 protein plays a crucial role in the survival and function of several types of immune cells, and is also involved in signalling pathways that stimulate immune cells to produce antibodies.

“By analysing immune cells in the blood of this young boy we were able to show his immune cells did not express DOCK8 protein and displayed features of immune cells from DOCK8 deficient individuals” says A/Prof Ma. “Furthermore, when we analysed his younger sister’s immune cells, we noticed she also displayed some of the characteristics of DOCK8 deficiency. As time went on, she developed worsening symptoms. This provided stronger evidence it was a genetic disease.”

In 2015, through the establishment of the CIRCA program, the team ordered blood tests to perform whole-genome sequencing to confirm it was DOCK8 deficiency.

However, whole-genome sequencing initially failed to show any variations in the DOCK8 gene that would cause DOCK8 deficiency. The team used a number of different approaches to establish why the children were sick, including using RNA sequencing to measure production of messenger RNA that encodes DOCK8 protein.

After the researchers confirmed that both children lacked DOCK8 in their blood, they underwent bone marrow transplants to effectively treat the disorder by restoring DOCK8 production and normal immune function.

The researchers’ method of testing was also used to screen the family’s other children to determine whether or not they would also need transplants.

Since the success of the bone marrow transplants, the CIRCA team continued investigating the two cases to try and find the root cause of the children’s illness.

This persistence, as well as advances in whole-genome sequencing capabilities, has finally revealed that the cause was a variation in the two children’s DNA nine base pairs outside of the section of DOCK8 known to code for protein production.

“Whole-genome sequencing will typically reveal thousands of variations in each person’s DNA, the vast majority of which are completely harmless. The hard part is figuring out which of those variations will cause disease in an individual,” says Professor Tangye.

“You’ve really got to know what you’re looking for,” agrees Associate Professor Ma.

“Normally we examine the regions of the genome that are known to code for proteins, or exons, as well as eight base pairs either side of the exons because most genetic variants known to cause disease occur here. In this case, the harmful variant was found outside of this region.

“This discovery highlights that we are continually learning more about which gene variants can impact health, and how important it is to have other tools such as RNA sequencing to complement whole-genome sequencing in providing diagnoses to patients.”

This study was supported by the NHMRC of Australia (1060303), Ministry of Health of the NSW Government, the Jeffrey Modell Foundation, SPHERE Triple I Clinical Academic Group and UNSW Medicine Infection, Immunology and Inflammation Theme, the Ross Trust, and the John Brown Cook Foundation, and in part by the Intramural Research Program of the National Institute of Allergy and Infectious Diseases, NIH.