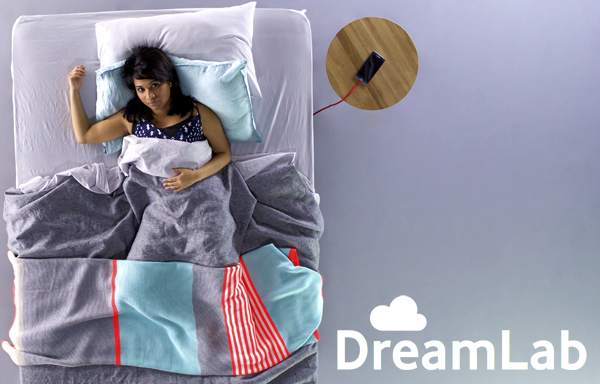 Vodafone Foundation and the Garvan Institute of Medical Research today announced the launch of ‘DreamLab’, an Android smartphone app that gives Australians the power to help fast track a cure for cancer while they sleep at night.

Taking the fight against cancer from the laboratory to the humble smartphone, DreamLab works by pooling the processing power of Australian mobile devices to create the nation’s first smartphone supercomputer for cancer research. This in turn will help speed up Garvan’s research into some of Australia’s biggest killers including breast, ovarian, prostate and pancreatic cancer.

While a smartphone is plugged in and fully charged, the DreamLab app automatically downloads and solves a small cancer research problem, and then sends the result back to Garvan researchers via the Amazon cloud – like a giant crossword puzzle, with each user solving a different clue.

For Garvan cancer researchers, DreamLab not only provides free access to a crucial computing resource, it also has the potential to greatly speed up cancer research by the institute. With 100,000 users, researchers will be able to crunch data approximately 3,000 times faster than the current rate. With five million users, that increases to 150 thousand times faster than the current rate.*

Vodafone will kick start Australia’s first smartphone supercomputer by offering its five million prepaid and postpaid customers free data usage when using DreamLab on the Vodafone network in Australia. Vodafone customers will only use their data for the initial download of the DreamLab app, and a very small amount for other functions of the app. **

With more smartphones than there are people in Australia, cancer researchers at the Garvan Institute of Medical Research have dubbed DreamLab a “game changer” for its potential to speed-up their processing of research data.

One of the research teams set to benefit from DreamLab is the breast cancer unit at the Garvan Institute of Medical Research, led by Dr. Samantha Oakes.

“The Garvan Institute of Medical Research in Australia is at the forefront of a revolution in cancer research,” said Dr. Oakes.

“With the help of game-changing innovations like DreamLab, I am hopeful that we will see cures of certain types of cancer in our lifetime.”

Dr. Oakes, who like many Australians is no stranger to the overwhelming and indiscriminate nature of cancer, is urging Australians with compatible smartphones to download the free to purchase app.

“I was six years old when my brother was suspected of having bone cancer, so I understand the toll this disease takes on patients and their friends and family. The worst thing for those touched by cancer is fear; the fear of the unknown and of what’s to come,” she said.

“As a nation who loves their smartphones, we now have a tremendous opportunity to put them to good use and help find a cure for cancer. Together, we can come to a greater understanding of how to treat it more swiftly.”

Using your smartphone for good

Cancer is a disease that touches all Australians. Before the age of 85, the chances of developing the disease are one in three for Australian women, and one in two for Australian men.***

Alyssa Jones, Head of the Vodafone Foundation Australia, said it’s never been easier for Australians to give back to a cause that means so much, to so many.

“Almost every Australian has a heartbreaking story to tell about cancer,” said Ms Jones. “We all want to play a part in the fight against this disease and now, with more smartphones than people, we have an opportunity to make a tangible difference.

“DreamLab is free to purchase and incredibly easy to use. Download the app and charge your phone at night. It’s really that simple.”

The DreamLab app was built by b2cloud, with Amazon Web Services Australia generously powering the DreamLab server. DreamLab is part of a three-year partnership between Garvan and the Vodafone Foundation.

A charge a day to power a cure for cancer

Solve your piece of the big research puzzle: Each night, your phone will be given small research problems to solve – think of it as a giant crossword puzzle with each user solving a different clue.

Choose how you want to help: Once the DreamLab app has been downloaded, you will be prompted to pick a research project (breast, prostate, ovarian and / or pancreatic cancer research) to support.

Nominate your data contribution: You can nominate how much data you would like to contribute via your mobile network (50MB, 250MB or 500MB a month), or home Wi-Fi network (250MB, 500MB or 1GB a month). For Vodafone Australia customers, the data used for solving research problems is totally free on the Vodafone network in Australia (but if you’re also contributing over Wi-Fi, you’ll be charged as per your Wi-Fi plan), however other functions in the app might use a very small amount of data which you will be charged for. Use while roaming incurs your usual data roaming charges.

Charge up to power medical research: Once your smartphone is charged (over 95%), the application goes to work. DreamLab won’t drain your battery or access your private information and you can still use your smartphone as usual.

DreamLab is free to purchase from the Google Play Store for all Australian Android users.

**A compatible handset is required. Downloading DreamLab will consume data. Once downloaded, DreamLab can be used when your device (i) is fully charged (95% battery life or above); (ii) is connected to a charging source and (iii) has mobile network or WiFi connectivity.  Mobile data used to solve cancer problems is free on the Vodafone Australia network, however other functions in the app required for overall app analytics reporting might use a very small amount of data which you will be charged for. It’s approx. 1.5% of the total amount of data you have chosen to contribute, and you can turn if off in app Settings. Roaming incurs international rates.