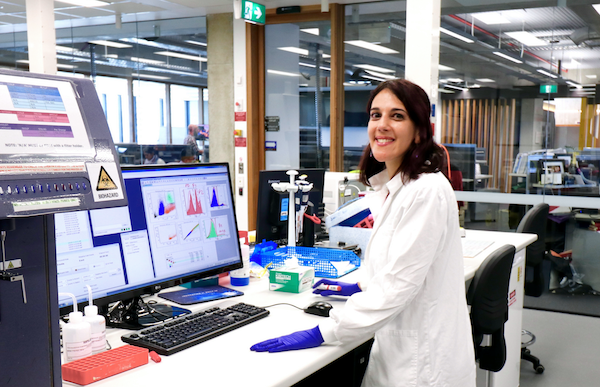 In November last year, Australians began to feel a wave of optimism that COVID would no longer define their everyday existence.

Soaring vaccination rates provided some measure of confidence the threat from COVID was beginning to recede.

But by mid-December, this wave of hope had been swept away by a surge of Omicron infections.

Emerging research showed there was only around 20% protection from Omicron infection four months after two doses of AstraZeneca, Pfizer or Moderna vaccines (though protection against hospitalisation and death remains much higher, and a booster dose increases protection against infection, but possibly only short-term).

Since the emergence of Omicron, both Pfizer and Moderna have announced they’re working on vaccines to specifically target the variant, with production promised as early as March of this year.

So, are variant-specific vaccines the way we regain control of COVID?

A vaccine targeting Omicron will increase immunity to the variant on both an individual and population level.

The solution to this problem may be “variant-proof” vaccines, also known as “universal” COVID vaccines. These are vaccines which work across different variants, rather than being targeted to a specific variant. These are in development and could be a proactive way to prevent new variants from taking hold.

Variant-specific vaccines could take too long to roll out

Scientists have little doubt vaccination with an Omicron-specific vaccine will provide enhanced immunity to Omicron.

Approvals of these new vaccines should be comparatively rapid because they’re similar to previously approved vaccines, though some additional data on safety and efficacy will be required.

However, the question remains as to whether the rollout of these new vaccines would necessarily be useful to Australian society.

Following the approval of COVID vaccines in Australia, it took nine months to vaccinate 70% of the adult population. In contrast, Omicron cases in Australia peaked in less than two months.

Although there are plans to develop local manufacturing facilities by 2024, Australia doesn’t yet have the capacity to mass produce mRNA vaccines (like Pfizer’s and Moderna’s). So, we can expect the rollout of these vaccines to begin significantly later here than in other countries.

Reactively relying on developing variant-specific vaccines, even under idealised production and distribution systems, would always leave Australia vulnerable to disruptive waves of infection and pose ongoing challenges to health strategies.

Waves of new variants would engulf the population faster than variant-specific vaccines could ever be deployed.

Health officials predict almost all Australians will soon be exposed to Omicron.

This has left many wondering if mass exposure could finally provide Australians with the antibody protection required for the fabled “herd immunity”, making the need for future variant-specific vaccines unnecessary.

A small-scale pre-print study, yet to be reviewed by other scientists, suggests infection with Omicron did produce some antibodies that could neutralise Delta, but only around a quarter the magnitude of those produced against the infecting variant.

Whether these antibodies would be sufficient to protect against the infection from the Delta or other variants, remains to be established.

Most antibodies induced by vaccination and natural infection predominantly target regions of the virus that can easily mutate.

It’s plausible the next variants that emerge could be even more different in this region than Delta or Omicron. This means it could evade current antibody responses induced by infection, or by vaccines specific for either the original virus or the Omicron variant.

Here’s where a variant-proof vaccine comes in

Several teams around Australia and the world are currently working on efforts to produce “universal” COVID vaccines, including our own research team at the Garvan Institute.

These are vaccines which generate antibodies to regions of the virus that cannot be easily mutated.

The goal of using such vaccines across the population is to protect us not just against current variants of the virus, but also against future variants.

Unlike the current reactive strategy of generating variant-specific vaccines following the emergence of a new invasive threat, a universal vaccine could be used to prevent a new variant from ever taking hold.

Australia should aim to produce such vaccines locally, so we could avoid the current supply and distribution delays.

As Australia continues to “ride the Omicron wave”, we can only wonder what challenges the next variant will pose for us.

This article originally appeared in The Conversation.

Dr Deborah Burnett is a Research Officer in the Immunogenomics Lab at the Garvan Institute of Medical Research and Lecturer at St Vincent's Clinical School, UNSW.