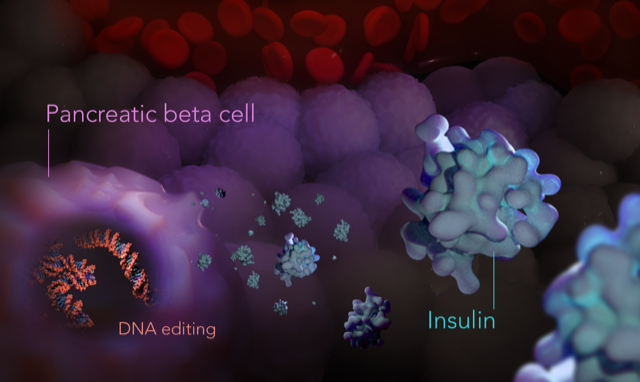 A world-first clinical trial to test a gene therapy for type 1 diabetes, developed at the Garvan Institute of Medical Research, will proceed thanks to a Medical Research Future Fund boost from the Australian Government’s Targeted Translation Research Accelerator program for diabetes and cardiovascular disease.

The trial will be the first time that genetically engineered pancreatic islet cells will be transplanted into humans to treat type 1 diabetes.

Type 1 diabetes is an autoimmune disease often first diagnosed in childhood and adolescence. Around 125,000 Australians live with the disease, which has serious long-term health impacts, including eye damage, nerve damage, kidney disease and lower life expectancy.

There is currently no cure, and management involves daily glucose monitoring and insulin administration.

If successful, the new therapy will reduce or eliminate dependency on external insulin administration and reduce serious health impacts, which would be a game changer for type 1 diabetes management.

“We’ve worked on this research for 20 years and to see it now reach a stage of translating to people is amazing,” says lead researcher Professor Shane Grey, Head of the Transplantation Immunology lab at Garvan Institute. “It’s the beginning of a long journey, but it’s an exciting step.”

While the cause of type 1 diabetes remains unclear, the condition occurs when the body’s immune system attacks its own islet cells in the pancreas, which are responsible for sensing the concentration of sugar in the blood and producing the hormone insulin.

Transplant treatments of donor pancreatic islet cells into the liver have been successful in patients experiencing severe episodes of hypoglycaemia, reducing their reliance on insulin injections; however, two to three transplants are needed and the effectiveness of the transplanted islet cells usually subsides within five years.

In addition, immunosuppression medication is required to turn down the immune system so it won’t destroy the donor cells, but that leaves a patient vulnerable to serious side effects, including infections and kidney damage.

“The holy grail is to make islet cells that the body adopts as its own, which function normally to sense glucose and produce the appropriate amount of insulin,” says Professor Grey.

Key protein turns the immune system up or down

Professor Grey and team identified that a key protein known as A20, involved in inflammation and autoimmune disorders, could be used in the genetic engineering of insulin-producing islet cells to slow or stop the immune system from damaging them.

“A20 is like a thermostat for the immune system; it can turn it down to a simmer, or ramp it up to be more aggressive,” says Professor Grey. “For type 1 diabetes, we can use it as a handbrake on the immune system to stop the damage to pancreatic islet cells.”

To engineer islet cells with high expression of A20, Professor Grey and team developed a viral delivery system called GARV-AAV2-A20, which transports the gene that makes A20 into donor islet cells, which then start making higher levels of A20.

Pre-clinical trials of the cells in animal models have been highly successful.

“We showed that genetically engineered islet cells with high A20 expression in mouse models had 80-100% survival of the islet grafts, without the need for heavy immunosuppression,” says Professor Grey. “It was a fantastic outcome.” A further study in pig and human cells showed A20-engineering of islet cells was safe.

New trial could be a game-changer for type 1 diabetes

For patients, the new treatment could significantly improve their quality of life.

“It is a globally unique project and could make islet transplantation safer and more accessible to those living with type 1 diabetes, which could drastically change how they are able to manage their condition.”

Production of GARV-AAV2-A20 will begin over the next months at the Viral Vector Initiative, and patients will be recruited through the Royal Adelaide Hospital in mid-2024.

This clinical trial is funded by the Medical Research Future Fund from the Australian Government’s Targeted Translation Research Accelerator program for diabetes and cardiovascular disease, delivered by MTPConnect. This research was also supported by Twin Towns Services Community Foundation Limited.

JDRF Australia, the largest non-government funder of type 1 diabetes research globally, supported early stages of research into A20 and funded the initial exploration of the role of A20 in islet survival.