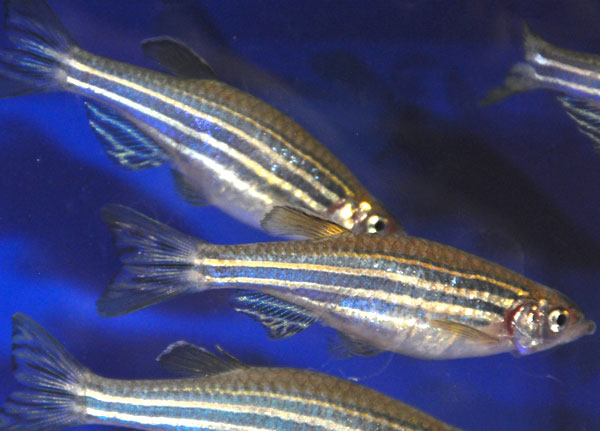 The research team, from Sydney’s Garvan Institute of Medical Research, used the new “fish with Parkinson’s” model to identify a promising new cellular target for development of future therapies. The study has recently been published in Cell Chemical Biology.

About 80,000 Australians are living with Parkinson’s disease, a progressive neurological condition that affects movement and can have a host of other symptoms, including dementia and depression. There is currently no cure for Parkinson’s disease, and existing treatments provide only a temporary relief of symptoms, without slowing the progression of disease.  Today, April 11, is World Parkinson's Disease Day.

The research team developed the new zebrafish model as a better way to identify possible therapies for Parkinson’s in people. Zebrafish are important tools for drug discovery for many diseases because contain many genes that are similar to those in humans and they can be used to test thousands of different potential therapies very quickly.

Dr Dan Hesselson (a Laboratory Head within the Diabetes and Metabolism Division at Garvan) led the development of the new model.

Dr Hesselson says, “There is a growing consensus that there isn’t a single cause of Parkinson’s disease. Instead, like other complex diseases, it arises in people through a combination of genetic and environmental factors – making it a particularly difficult disease to study faithfully in the laboratory."

“There is an urgent need for model systems that are as relevant as possible to the disease process in Parkinson’s disease – so we induced a Parkinson’s-like movement disorder in zebrafish by altering both their genes and their environment. This is something that no one has done before.”

In Parkinson’s disease, individuals lose important midbrain cells that produce dopamine – a ‘neurotransmitter’ that passes messages from one brain cell to another. Within these dopamine-producing cells are tiny ‘powerhouses’ (called mitochondria), which malfunction in Parkinson’s and contribute to the loss of the cells.

Both PINK1 and rotenone are relevant to Parkinson’s disease in people. Individuals who have mutations in PINK1 are more likely to develop Parkinson’s, while rotenone is a widely used pesticide and environmental toxin that has been implicated in the development of Parkinson’s.

“We were excited to see that these two factors worked in synergy, producing a Parkinson’s-like condition in the zebrafish. Crucially, there was a loss of dopamine-producing cells in the zebrafish midbrain – just as is seen in Parkinson’s in people,” says Dr Hesselson.

“We looked closer at the function of trifluoperazine, the most potent compound, and saw that it stopped the loss of dopamine-producing cells from the midbrain – a key goal for Parkinson’s therapies in people.

“We see the activation of TFEB – an on-switch for mitochondrial clearance – as a promising pathway to target for Parkinson’s therapeutics.

“It’s early days – and this is just the beginning for our new model, which we plan to use to explore more therapeutic options as well as the underlying biology of Parkinson’s disease.”

This research was made possible through generous support from Young Garvan and the National Health and Medical Research Council.