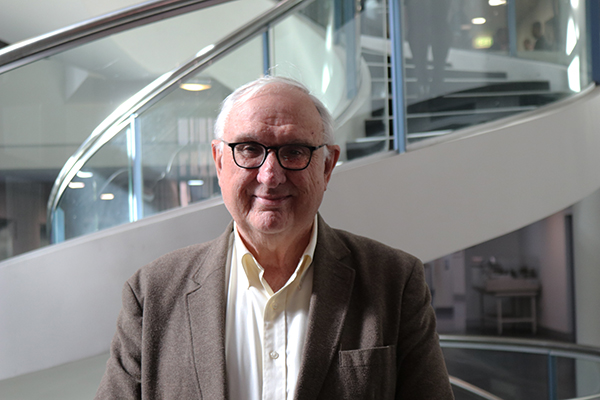 For his distinguished service to medicine, and medical education, in the areas of diabetes, obesity and glucose metabolism research, Professor Ted Kraegen AO has been awarded the Officer of the Order of Australia. Spanning a career of over 50 years at the Garvan Institute of Medical Research, he has made significant contributions to both type 1 and type 2 diabetes and metabolism, and played a central role in the development of the Institute.

As an author of over 250 academic papers, Professor Kraegen AO has made significant discoveries to understand the physiology and biochemistry of the hormone insulin and the metabolic factors that underlie diabetes.

Among his many achievements, Professor Kraegen AO was one of the first in the world to develop an artificial pancreas, for experimental purposes, to study type 1 diabetes. He also made significant contributions to a team that initiated low dose intravenous insulin infusion for treatment of human ketoacidosis, a life-threatening complication in people with diabetes. The approach led to clinical collaborations, which ultimately changed the treatment and improved outcomes for hospitalised patients with severe diabetic ketoacidosis. 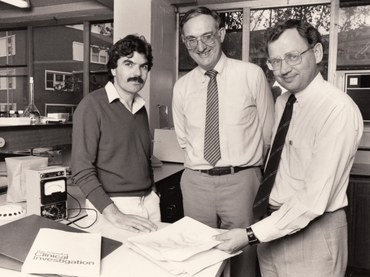 Professor Kraegen AO says his proudest achievement is the role he played in discovering that abnormal fat metabolism was the major cause of dysregulated insulin action in diabetes and obesity. More recently, his work has focused on understanding the enzyme that controls whether fat is used or stored once it enters muscle cells and examining therapeutics that activate this enzyme and which could reduce fat accumulation.

Foundations for a bright research future

Of the Queen’s Birthday Honours, Professor Kraegen AO says, “I am honoured and humbled to be an Officer of the Order of Australia. There are many moments throughout my career of which I am extremely proud and this is an opportunity to look back at many achievements that I and colleagues have had. I feel privileged to have worked at Garvan and collaborated with some incredibly clever and creative people.”

Kraegen has retired from his formal duties at Garvan, although he continues to be involved in a consultative capacity.

“I think the future is exciting,” he says. “The more we know about the factors that underlie diabetes, the better we can understand how to influence the appropriate biochemical pathways – and the better chance we have of developing treatment options with low side effects.”

“Ted’s innovative research has attracted attention around the world, and there are few people at Garvan who have shaped the organisation in a way that he has. It is wonderful to see him recognised for his research achievements and his ongoing commitment to the field, on the national stage,” he says.