Alternatively, you can email gmg@garvan.org.au

How to submit samples online video

Consequently, a significant amount of money may be spent on research using misidentified cell lines worldwide. Scientists may believe or claim that they are working with cells derived from one individual or animal species, only to eventually learn that the cells were derived from a different individual or species altogether.

In the past, scientists may have used the argument that inexpensive and reliable technologies for unambiguously identifying cell lines did not exist as a reason for not authenticating their cell lines. Now, however, standardised, simple and rapid methods are available to authenticate human cell lines.

The number of repeats in STR loci can be highly variable among individuals, which make these genetic markers effective for human identification or cell line authentication purposes. STRs have become popular DNA repeat markers because they are easily amplified by the polymerase chain reaction (PCR) using PCR primers that bind to the flanking regions surrounding the STR repeat. Multiple STR loci can be examined simultaneously to create a DNA profile.

For the human identity analysis, tetra and pentanucleotide markers are preferred for their good balance of “ease of interpretation” and “variation found in nature". Alleles of STR loci are differentiated by the number of copies of the repeat sequence contained within the amplified region and are distinguished from one another using fluorescence detection following capillary electrophoretic separation. There are four different fluorochromes used so that the analysis can be performed in one single capillary run.

For the Cell Line Identification Service at the Garvan Institute the PowerPlexR 18D System is used, which has the following 18 markers (seventeen STR loci and Amelogenin): D3S1358, TH01, D21S11, D18S51, Penta E, D5S818, D13S317, D7S820, D16S539, CSF1PO, Penta D, Amelogenin, vWA, D8S1179, TPOX, FGA, D19S433 and D2S1338. After analysis, cell line IDs are considered to be a match if their profiles are more than 80% identical. This service will provide an authentication certificate for you that will identify reference sample IDs via Garvan’s cell line identification database.

Each run on the 3130XL instrument contains an allelic ladder sample which is used to fine-tune the results of actual samples regarding the specific run conditions, the genemapper analysis software calculates the allele call from the predefined regional bins and the precise peak alignement of the allelic ladder for each sample peak.

Comparing Results to Cellbank and ATCC

Retrospective studies on 500 human cell lines reveal that a minimum of eight core STR markers, D5S818, D13S317, D7S820, D16S539, vWA, TH01, TPOX, CSF1PO are recommended to show relatedness between cell lines, to uniquely identify human cells and for profile comparisons. Occasionally a cell line locus will completely lack any alleles, in which case a “null” is documented as part of the eight loci.

The probability of two cell lines with identical STR profiles using the 8 core STR markers is 1 to 200,000,000. Several providers will therefore use fewer markers than the 18 used for certificates from Garvan Molecular Genetics. ATCC or Cellbank Australia certificates may show 11 or 16 marker results. The new Garvan database will contain information from older certificates (hence fewer markers) and newer results with more markers. Obviously over time the number of results with 18 markers will grow.

Authentication using STR-profiling means establishing an acceptable degree of identity matching between the test cell line and the original donor tissue or repository cell stock. Authentication using STR-profiling systems currently available for human identification may not imply freedom from inter-species (non-human) cell contamination and will not lead to direct detection of non-human DNA contamination. Detection of interspecies cell cross-contamination will require other methods such as isoenzyme analysis or PCR with amplification primers that are complementary to non-human species.

The limitations of STR profiling, described above, emphasise the point that this technology addresses only a single component of cell authentication, namely a means of establishing identity. STR profiling fills a gap in the current authentication paradigm for human cells, but STR profiling should not be construed as a stand-alone authentication method as it does not replace or serve the function of technologies designed to assess cell purity (absence of interspecies cross-contamination / absence of adventitious contaminants such as viruses, microbes and mollicutes), phenotype, morphology, or cell ploidy.

The matching criterion is based on an algorithm comparing the number of shared alleles between two cell line samples, expressed as a percentage. A previously authenticated sample is selected as a 'reference' profile, while the sample undergoing authentication is the 'questioned' profile. The matching algorithm to determine percent % match between two cell lines equal = the number of shared alleles in both STR profiles divided ÷ by the total number of alleles in the questioned profile (homozygous alleles are counted as one allele).

Small variations may occur in any of these situations when cell lines are maintained in culture, and so some degree of profile variation must be allowed for correct authentication. The choice of >80 % as a suitable threshold is based on published work from the ASN-0002 Standard workgroup, looking at the 8 core loci in related cell line samples from five cell banks. According to this analysis, 98% of related cell line samples can be successfully authenticated using the matching algorithm, with >80 % match as the threshold.

This matching algorithm can be used to define cell lines as unique, authenticated, misidentified, or cross-contaminated. Additional information may be needed for these conclusions, including the presumed identity of the cell line and what is known about its history. In cases where a hybrid cell line is newly formed and its STR is generated for the first time, that profile should be compared first to the parental cell line’s profile. An already established hybrid with its profile entered in the database maybe treated like any other cell line.

In addition to applying the algorithm, it is essential to look at the quality of the STR profile to determine if the sample is appropriate for interpretation (e.g. a degraded sample will be uninterpretable), or if a mixture is likely to be present.

STR profiles from some cell lines may vary slightly as cells are cultured, and this is a potential limitation of the technique. Cell lines displaying microsatellite instability appear particularly susceptible to genetic drift with continued culture.

Allelic dropout or stochastic effect is the failure to detect an allele within a DNA sample, or failure to amplify an allele during the PCR. Allelic dropout may be the result of a mutation or an allele outside the normal call range of a particular locus that goes undetected. It can also be caused by too much DNA in the PCR or degraded DNA. Usually allelic dropouts are the result of a peak imbalance in tumor cell lines due to aneuploidy. In diploid samples, PCRs involving template levels below approximately 100 pg of DNA or about 17 diploid copies of genomic DNA have been shown to exhibit allelic drop-out. False homozygous results are obtained if one of the alleles fails to amplify. Stochastic effects may be overcome by increasing DNA template or increasing the PCR cycle number.

However, allelic dropout is frequently observed in tumor cell lines and is referred to as loss of heterozygousity (LOH). The LOH may be due to mutation at one of the alleles that prevents PCR amplification or loss of the chromosome or chromosomal region containing the dropped out allele. A review of the literature shows that the spontaneous mutation rate of cultured cells is between 10-6 – 10-7. This rate is dependent on cell line, media constituents, plating density and passaging procedures. High peak imbalance at multiple loci can be characteristic of a cell line.

Allelic ladders represent the most common alleles at each locus within the population. They were established through the evaluation of data from several hundred individuals. Alleles within the STR loci vary greatly between and among individuals. However, allelic ladders in commercial kits do not represent all possible alleles for all commercially available STR markers. Alleles that lie outside the allelic ‘bins’ are often referred to as ’off-ladder’ alleles. In some cases, off-ladder alleles are considered microvariants. It is not unusual to observe microvariants in continuous cell lines, especially tumor cell lines. Several of the loci used in DNA typing of human cell lines have rare alleles which contain partial repeats, known as microvariants.

The tetra nucleotide STRs mostly used for human cell line identification have a four (4) bp DNA sequence called the repeat motif. A microvariant occurs when one of the repeat units contains only one, two or three bases of the repeat motif. The microvariant allele is called by a whole number, indicating the number of full repeats and a decimal representing how many bases occur in the partial repeat. Microvariants can complicate the analytical process and lead to inconclusive results. The cause of the complication is the small size difference; microvariant alleles can differ from a normal allele by a single base pair so the resolution of the instrument used for electrophoresis must maintain a one bp resolution.

Some cell lines exhibit a three allele pattern at multiple loci, which can be characteristic of a cell line. The allele calls need to be confirmed with the profile in the database and additional investigation needs to be performed to rule out cell cross contamination.

We perform 4x PCRs with primers that amplify a portion of the 23S rRNA gene and a conserved region within the 16S rRNA gene. These primers do not detect eukaryotic DNA or bacterial genera with close phylogenetic relation to mycoplasmas such as Clostridium,  Lactobacillus and Streptococcus. Please submit 1ml of supernatant for this test.

For mouse cell line authentication we use a panel that was developed by the Consortium for Mouse Cell Line Authentication to validate Short Tandem Repeat (STR) markers for intraspecies identification of mouse cell lines. The STR profiling method is a multiplex polymerase chain reaction (PCR) assay comprised of primers targeting 19 mouse STR. 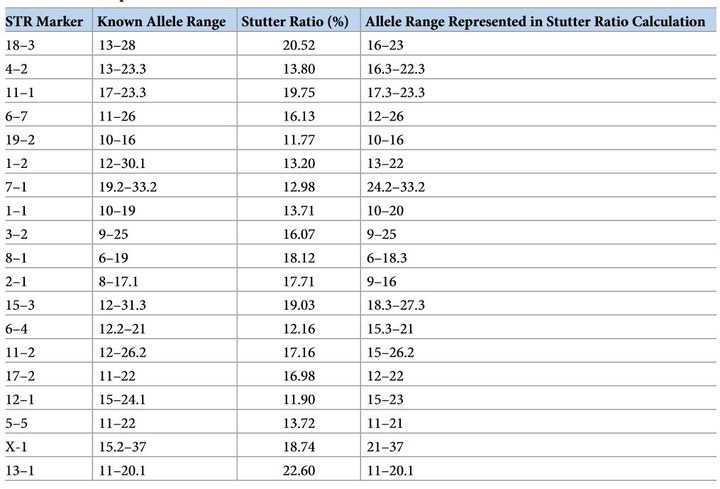 For human cell lines there are validated methods and kits and databases available for intraspecies identity testing. For mouse cell lines there are no commercial kits available.  The assay we use improves upon the patented methods (US Patent 9,556,482 B2) , which now includes additional primers that target a total of 19 mouse STR loci and two human STR markers for contamination detection (US patent application publication 2017/0101677 A1).

Please see the top of this page for a link to log into our online sample submission portal (for problems with account creation please send an email to gmg@garvan.org.au).

The turnaround time is a maximum of 10 working days but usually, samples are processed within a week