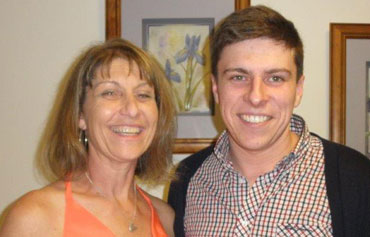 “Islet cell transplantation has given me my life back.” – Read More

There is strong evidence that type 1 diabetes happens when an individual with a certain combination of genes comes into contact with a particular environmental influence. Past research has identified some good candidate genes, and raised suspicion on others. However, we know less about the nature of the particular changes in the involved genes, and how, as a result, their function may be different.

Using very new genome technologies and cutting edge scientific methods, my team is embarking on a new program with the aim of functionally annotating the gene changes in type 1 diabetes. To start, we have sequenced the entire genomes of 50 individuals with type 1 diabetes.

Already, even at this early stage of this newest program, we have made an exciting discovery. We have shown how single-nucleotide polymorphism (SNP) changes in one particular gene called A20 (suspected to be a player in type 1 diabetes) not only contributes to diabetes susceptibility, but also enhances rejection in islet transplantation.

This exciting data provides tantalising new information that will help to bring us closer to a better understanding of type 1 diabetes and hopefully, to a cure.

Every day, scientists all around the world are making progress toward a cure for type 1 diabetes. While it is difficult to say how long it will be before a cure is finally realised, we can reflect on how far we have come since the discovery of insulin in the early twentieth century, and look forward to more new and exciting discoveries that will bring us closer to a cure for type 1 diabetes. 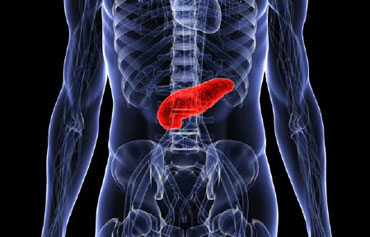 One way to cure diabetes could be to persuade a badly behaved immune system to accept the beta cells as part of the body.

Some of the immune system culprits attacking the beta cells are T cells. T cells develop in the thymus gland and, from a naïve or undifferentiated state, they are gradually “educated” to become helpers, warriors, or regulators.

In type 1 diabetes, the helper and warrior T cells work together to kill the beta cells, while the regulators appear unable to stop this from happening.

A/Prof Grey's team worked up a vaccine, called BCMA-Fc, that re-dressed this imbalance. When given to mice with a disease similar to type 1 diabetes, the vaccine prevented diabetes by increasing the number of regulator T cells and reducing the number of warriors.

This work shows the potential of stopping the immune attack as a way to prevent type 1 diabetes. It has supported the testing of a related compound, called rituximab, in people with promising results. In a USA trial, people kept the ability to produce their own insulin, after diabetes had started, for up to 18 months. Further study will test whether taking this drug repeatedly will continue to maintain insulin production. 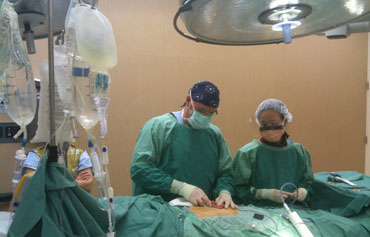 When the pancreatic beta cells (the cells that make insulin) have been destroyed, one obvious solution would be to replace the destroyed beta cells with new ones. Indeed there has been a concerted worldwide effort to establish whether transplanting beta cells could cure type 1 diabetes. This is achieved in clinical studies by transplanting pancreatic islets that contain the insulin-producing beta cells.

Of the 17 people who have received islets from a donated pancreas, seven have stopped using insulin completely, and many of the remaining people now require less insulin and have better diabetes control.

However, one problem with transplantation of islets is that people need to be given islets from more than one organ donor. This means there are less organs to go around to people that could otherwise benefit from this treatment. Another problem is that people who receive the transplant need to take powerful immunosuppressive drugs to stop the immune system from attacking the the new islets. This also limits the potential of transplantation as a treatment for all people with type 1 diabetes.

In a step closer to understanding why we need to transplant islets from multiple donors, we found that islets are severely handicapped from the outset. Before they ever reach their mark, they are full of inflammatory molecules, much like stressed or damaged tissue.

The importance of our finding in the context of the whole process of transplantation – which is very complex – is that it tells us the grafts we are using are not at ground zero. They’re like little smoking guns we’re sending into patients, either doomed to fail, or have only partial success. 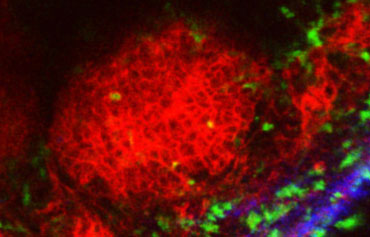 The good news about these findings is that islets are easier to manipulate than the immune systems of patients, and this finding will help us establish targets for future therapy. In other words, we have the potential to treat islets with anti-inflammatory compounds prior to transplantation.

In my opinion, the secret to transplant success lies in the islets, with one option being gene therapy. We are trying out ways to modify the islet genetically so it will survive the transplantation process and allow recipients to produce their own insulin.

The major hurdle is the fact that the islets don’t like being extracted from the pancreas. When you transplant into a recipient, it’s estimated that up to 70% will die within the first 24 to 36 hours. They are very fragile – not like a heart, which you can put in a freezer box and ship across the country. If we succeed in this research, it will save a lot of suffering globally and save billions of dollars in health budgets.

In very exciting and recent work in mice, my team has demonstrated that genetically engineering an islet graft with anti-inflammatory compounds is sufficient to allow permanent survival for the majority of the grafts. This is achieved in the face of a very strong immune attack in the recipient and in the absence of any immunosuppression. Some of this new data shows that the modified islet grafts engender regulator T cells that stop the attack of the warrior T cells, resulting in long-term islet graft tolerance. Tolerance is a term used by immunologists to describe the situation where the immune system stops attacking a transplant and accepts it as a part of the normal body.

These exciting studies demonstrate a novel, and important new paradigm in transplantation, whereby the islet graft can dictate T cell decisions. From this work, my team has developed the concept of the ‘death-defying islet’ which would be protected from immune attack and so, do away with the need to take immunosuppressive drugs. The next stage of this work is advancing steadily and working toward testing this approach in people.