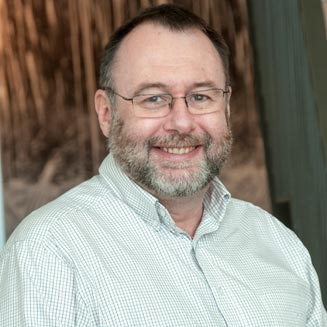 Cracking the code to lung cancer

Although the lung cancer mortality rate has declined in men over recent years, lung cancer remains the greatest cause of cancer death. In Australia it has overtaken breast cancer as the greatest cause of cancer death among women. Despite medical developments which have led to improvements in breast, prostate and colorectal cancer treatment, patients diagnosed with advanced lung cancer, face a terrible prognosis with only 5 per cent being alive after five years.

At the same time, a new minimally invasive tissue sampling system, the Endobronchial Ultrasound-Guided Transbronchial Needle Aspiration Specimens (EBUS-TBNA), now in clinical use for diagnosis and cancer staging, allows the collection of tissues from late stage or early stage cancer. This can be used directly to analyse the genome of cancer cells to better direct therapy. And for the first time, lung cancer tissues can now also be used in PDX mice to produce replicas of lung cancer tumours – to test new therapies and to further much needed research into how lung cancers form and develop.

Garvan’s recent acquisition of technology for whole genome sequencing has delivered an unprecedented capacity to analyse this newly available material. ‘This allows us for the first time to create a living biobank of advanced lung cancer and precisely map the genomes of all patients with lung cancer, not just those having surgery, and then compare this information with patients’ responses to conventional chemotherapy, and newly developed targeted therapies. As a result, we will be able to personalise therapy, and make new discoveries that could, and likely will, dramatically improve the outcome for individuals with lung cancer,’ said Professor Watkins.

‘With the increase in cases of lung cancer in people who have never smoked there is a renewed focus on occupational and environmental factors as causes of lung cancer. Genome technology allows us to search for the genetic signatures of the cause of lung cancer, helping us to identify important causes other than smoking.’

Finally, although screening using CT scans is used in some countries, its effectiveness is uncertain and can also expose patients to low levels of radiation that might add to the lung cancer risk. To address the need for better methods of early detection, Garvan and St Vincent’s Hospital are now working together through The Kinghorn Cancer Centre to develop new technologies aimed at finding chemical signatures of early lung cancer in the exhaled breath of patients without the need for x-rays. If successful, this technology would represent a major breakthrough in the prospects for a lung cancer screening test. 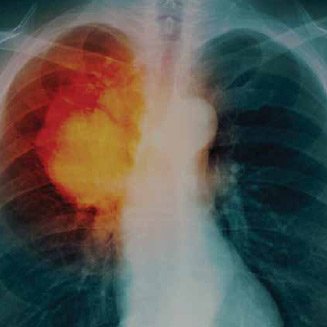 Professor Neil Watkins has been at the forefront of the development of new patient-derived xenograft (PDX) mouse models that have been highly successful in identifying mutations and developing new therapies in breast and pancreatic cancer. Professor Watkins has shown that cells from a patient’s lung tumour can be grafted into mice and the ensuing tumour used for testing with different therapies.

One of the main reasons lung cancer research has lagged behind that of other cancers is that very few patients have operable tumours from which tissue samples can be taken for analysis.

While it is useful statistically to think about cancer outcomes in terms of 5-yearsurvival- rates, this doesn’t take into account the degree of suffering endured by patients and their families or what the quality of life is like for those lucky enough to survive for five years after diagnosis.

Head of the Garvan’s Cancer Developmental Biology Laboratory, Professor Neil Watkins’ work focuses on understanding the mechanisms behind tumour development and regeneration and the genomic origins of resistance to chemotherapy. As a clinician scientist, Professor Watkins’ work is directed to the development of a rapid translational pipeline to deliver therapeutic approaches in the clinic, whether they be in the form of new drugs or new uses for
existing chemotherapies.

Following his earlier career in the USA at Johns Hopkins, Professor Watkins returned to Australia in 2009 as Professor of Cancer Biology at Monash University. In 2013 he joined Garvan to head the Cancer Developmental Biology Laboratory and in 2014 became the inaugural Petre Foundation Chair of
Cancer Biology at The Kinghorn Cancer Centre, a joint venture between Garvan and St Vincent’s Hospital, which houses patients, clinicians and researchers with the aim of bringing research breakthroughs rapidly to the bedside.

‘One of the main reasons lung cancer research has lagged behind that of other cancers is that very few patients have operable tumours from which tissue samples can be taken for analysis,’ said Professor Watkins. ‘Most patients present with late stage disease and even in early stage lung cancer very few patients are able to have surgery. This means that until now, researchers have had very little to work with by way of tissue samples that can be studied to get a better understanding of the disease.’

But with four separate scientific advances, that is all about to change. 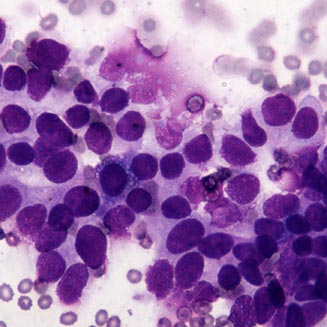 With all cancers, we are now seeing that diseases that were once thought of as single entities are now proving to have great variety on a molecular basis. Professor Watkins’ latest research looks at how the cancer genome evolves during the course of therapy to better understand how and why lung cancer is so difficult to treat.

The knowledge gained from this type of study could change how we think about treating both SCLC and NSCLC.

With all cancers, we are now seeing that diseases that were once thought of as single entities are now proving to have great variety on a molecular basis. Professor Watkins’ latest research looks at how the cancer genome evolves during the course of therapy to better understand how and why lung cancer is so difficult to treat.

Garvan’s Kinghorn Cancer Centre and St Vincent’s Hospital recently launched the Molecular Basis for Intervention during Lung Cancer Evolution (MOBILE) study using new techniques to map the genetic progression of lung cancer as it spreads throughout the chest by comparing the cancer-specific mutations in the primary tumour with those seen in disease which has spread.

It will determine the genomic events that drive recurrence in patients whose tumours relapse following surgery. In patients with advanced cancer the MOBILE study will help to identify biomarkers that predict response to chemotherapy and radiotherapy to offer a better understanding of the genomic basis of relapse after chemotherapy, radiotherapy or targeted therapy.

In SCLC, where patients can initially respond well to the chemotherapy drug Cisplatin, the team will be especially looking at how tumours ‘acquire’ Cisplatin resistance and cause the patient to relapse. Relapsed disease is usually completely resistant to all forms of chemotherapy and the patient generally dies within weeks. The MOBILE study will help us to understand how SCLC tumours evolve during chemotherapy and identify ‘killer’ cells in the tumours that have the ability to survive chemotherapy and spread quickly throughout the body. This would have major therapeutic implications for patients with SCLC.

‘The other advantage of the MOBILE study is that using EBUS-TBNA we can get a great deal of tumour tissue from patients who won’t be having surgery,’ said Professor Watkins. ‘We will be able to resample their tumours during the course of treatment at a single cell level. The knowledge gained from this type of study could change how we think about treating both SCLC and NSCLC.
‘As we begin to understand the evolution of tumours in response to chemotherapy, we will be able to identify specific genomic changes in the tumours of each patient that can help directly inform therapeutic choices in the clinic for that patient.’ 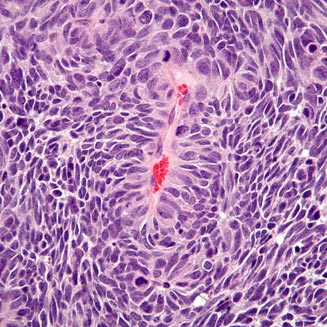 Professor Neil Watkins and his team are studying chemoresistance in NSCLC adenocarcinoma.

We are hoping to use the genomic technologies at the Garvan to map the evolution of lung cancer as it responds to conventional therapies such as radiotherapy and chemotherapy, and to new targeted agents.

Professor Neil Watkins and his team are studying chemoresistance in NSCLC adenocarcinoma.

‘Whereas in SCLC drug resistance is acquired after successful treatment, for NSCLC adenocarcinoma, less than 20% of patients respond to Cisplatin-based therapy and complete responses are rare,’ said Professor Watkins. ‘Once the tumours relapse, they are almost always fully resistant to chemotherapy of all kinds, and the patient typically dies within months. So NSCLC seems to have innate chemoresistance, the basis of which is unclear.’

Pathway analysis has revealed that the blocking certain molecular signalling which is involved in the ability of the tumour cell to repair itself in response to Cisplatin-based chemotherapeutic attack could specifically enhance the effectiveness of this chemotherapy in lung adenocarcinoma, without additional toxicity. Professor Watkins’ team has identified medications that are already in clinical use for other diseases that could potentially sensitise lung adenocarcinomas to Cisplatin-type chemotherapies.

‘We are hoping to use the genomic technologies at the Garvan to map the evolution of lung cancer as it responds to conventional therapies such as radiotherapy and chemotherapy, and to new targeted agents. We can now follow each patient’s tumour during the course of their treatment, allowing us to discover new opportunities for biomarker development and treatment. In an individual patient, we are hoping that we can provide information to the treating clinicians that can directly inform management decisions based on the concept of personalised medicine.’ 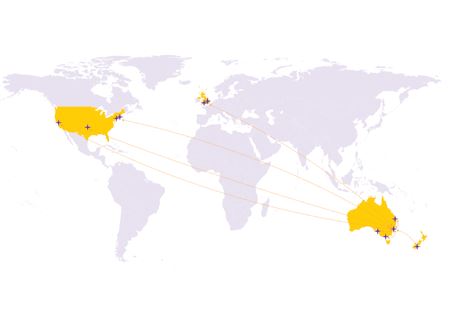