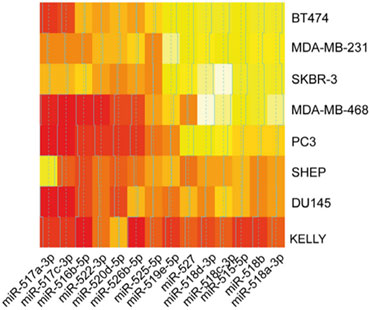 Neuroblastoma forms from immature nerve cells called neuroblasts which are found in children and mature into neural cells as they age. Neuroblasts can be found all around the body as part of the sympathetic nervous system, such as along the spine, in the abdomen, pelvis, chest and neck. The most common location for neuroblastoma to form is around the adrenal glands located on the top of the kidneys.

Symptoms from neuroblastoma are often caused by the damage from the cancer growing into nearby tissues and organs. Symptoms can be quite vague and may not appear until the cancer is advanced or has spread or metastasised to other parts of the body. Common sites of neuroblastoma metastases are lymph nodes, liver, bones, bone marrow and skin.

The five-year prognosis of those with neuroblastoma varies from as high as more than 90%, to lower than 20% depending on the type of neuroblastoma and how advanced it is. Some kids with neuroblastoma might not even need treatment before it resolves itself, or may only need surgery. Others will need a very intensive treatment regime which can result in many long-term side effects such as hearing loss, growth and brain development problems, infertility and an increased risk of other cancers in the future.

If there is a family history of neuroblastoma, children will often be diagnosed at a younger age with multiple tumours in different parts of the body.

Complications that can arise from neuroblastoma are the spread of the cancer (metastasis) to other parts of the body and spinal cord compression which can cause pain and paralysis.

Symptoms in neuroblastoma generally depend on where the tumour has formed and the resulting damage to the tissue and organs. This means that the symptoms can be quite broad and hard to decipher. For example, a tumour that grows towards and into the stomach can cause stomach pain and lack of appetite. Symptoms can include:

Sometimes neuroblastoma can cause the release of special chemicals called hormones within the body which can cause diarrhoea, high blood pressure, increased heartbeat, sweating and skin flushes.

Since the symptoms of neuroblastoma can vary quite a lot, multiple tests are needed for confirmation of diagnosis along with medical history and physical check-up. These tests include:

Treatment depends on the age at diagnosis, location/s of the tumour/s, how advanced it is and if there were any genetic factors involved. Treatment can include: