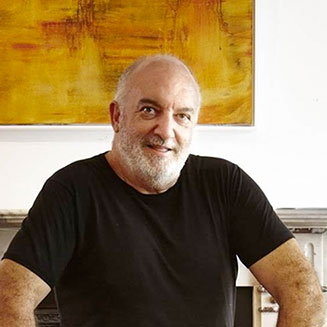 In October 1999, when trying to complete an auction contract, real estate agent Bernard McGrath suddenly noticed that his handwriting had become tiny. He was only 42, his health had been good and there was no trace of Parkinson’s disease in his family.

“Liz would have to dress me as my tremor left me unable to do up buttons or tie my shoe laces.”

While the diagnosis was distressing to Bernard and his wife, Liz, they and their two children continued on as usual for the next few years, but by mid-2004 Bernard’s disease had deteriorated drastically.

Bernard’s medication began with Sinemet, then Cabaser followed by Stelivo, Sifrol and Madapar, but he suffered with side effects from dyskinesia to compulsive behaviour. The compulsive behaviour effects of Cabaser in particular had a devastating impact on Bernard’s finances, causing him to start a new business when he should have been scaling down his work activities.

‘I wouldn’t listen to anyone and started working stupid hours which only exacerbated my illness. In 2008 we sold the business at a cost.’ In May 2008 Bernard underwent Deep Brain Stimulation (DBS). ‘The results were extraordinary and I was back at work a month later, this time as an employee, and continued working until 2011 when I retired aged 54.’

Bernard and his family then moved to Berry where he started to paint. Although he had no formal training, Bernard found that he could create vivid canvases and that the activity was a great form of therapy for his Parkinson’s disease. He believes that DBS stimulated a part of his brain that has triggered this imaginative outflow.

‘These days generally I feel very well, except that my speech and walking are poor. Otherwise I am good.

‘Even though DBS which made such a huge difference for me is not attributable to the Garvan, without such research institutions, there would never be any progress. The Garvan is at the cutting-edge of Parkinson’s research internationally and it is only through this continued work that there will eventually be a cure, or in the meantime other forms of treatment.’ 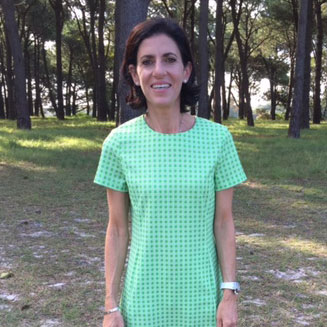 Glenda Reichman was 39 years old when she was diagnosed with Parkinson’s disease in 2004. She was running a business and leading a happy, healthy life with her husband and two boys.

‘I noticed that my fingers on my right hand were not moving properly and they were quite stiff. I had difficulty waving and brushing my teeth’, said Glenda.

‘My handwriting had also become quite small.’

Like many others, Glenda had no family history of the disease or any clues as to why she might have developed it. ‘The diagnosis was obviously a huge shock to all the family, but as it was only slowly progressing with mild symptoms, life carried on as normal.

‘I’ve been on various regimes of tablets, all the gold standard of therapy. But after some time I began to battle to balance the side effects of the dopamine with the effects of the disease.

‘When the tablets wore off I struggled with slowness and stiffness. At the right dose, I became agitated, fidgety and my facial features changed to the point I found it hard to be with people. My speech was affected as well.’

In mid-March 2016 Glenda decided the time was right for DBS surgery.

‘It is now five months’ post-op and there are so many things that I can do now that I struggled with before. I know I still have a road ahead to full recovery, but I would not go back to the way I was before for anything.’

Glenda has written an ebook I Can Dance about her journey with young onset PD and DBS surgery to encourage others with PD and to let people know there are options.

‘I know that the Garvan is doing everything possible to find a cure or better treatment for PD. My frustration is that when I was diagnosed 12 years ago, I held onto the hope that some sort of breakthrough would happen and change the course of my illness. Never did I think that I would need surgery. We need money, resources, and exposure to find breakthroughs now for this awful illness.’

The gift of better health

A bequest to Garvan is a meaningful way to make a lasting impact on the health of future generations. Please consider supporting Garvan in your Will; you'll help us make the next important breakthroughs in Parkinson's research. 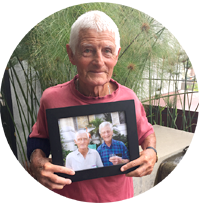