We’re investigating the multiple factors that inform Sjögren’s syndrome and autoimmunity. A major problem faced by doctors treating autoimmune disease is the diversity and unpredictability of symptoms, and the inconsistent response to treatment.

Garvan’s scientists use advanced techniques like single cell sequencing and flow cytometry to identify the molecular defects that cause autoimmune disease.

Recently, we identified sub-forms of Sjögren’s that are triggered by mechanisms previously thought unrelated. Sjögren’s can be caused by improper regulation of two immune cell types — T and B cells —  which comprise the ‘adaptive’ part of the immune system that responds to antigens (foreign substances).

We’re also studying why some B cells go rogue and start to produce autoantibodies, and then attack different parts of the body.

Understanding the genetics of these B cells and how they differ from normal cells helps us choose and target specific immunotherapy drugs. These drugs can then be further improved to eliminate the rogue cells while preserving good B cells.

This work will lead to better measures and predictors of Sjögren’s severity — so that patients with a higher risk of acquiring severe symptoms can be treated earlier, before the disease has significantly damaged their tissues. 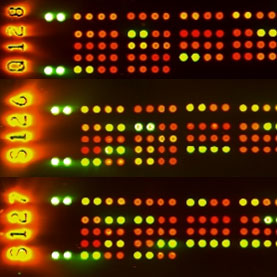 B cells and regulatory T cells

Garvan’s scientists have shown that many patients with Sjögren’s have high levels of a protein called B cell-activating factor  (BAFF) in their blood  serum, as  well as  locally in their glands. BAFF plays a critical role in B cell survival and immune response. High levels of BAFF enables B cells to progress the disease without the help of T cells, which was previously thought to be essential for the development of Sjögren’s.

This is an important breakthrough that lets our scientists develop a new generation of therapeutic drugs for Sjögren’s syndrome that specifically target auto-reactive B cells. Patients who have this form of the disease will then be able to trial more tailored and effective treatments.

Read more about the unsuspected aspect of immune regulation.

Hope Research – finding the cause of autoimmune disease

Hope Research is a large exploratory study into the cause of autoimmune diseases. We’re looking to identify rogue immune cells in patients’ blood, which are thought to drive the immune system to attack the body.

Initial findings from our research on Sjögren’s syndrome are being used as a model to study 35 other immune diseases. If proven, this has the potential to unlock better and targeted treatments for the more than 12% of people worldwide living with chronic autoimmune conditions.

Garvan scientists use a novel approach to identify, isolate and examine self-reactive rogue B cells from autoimmune patients. Our detailed analysis helps us understand how these cells evade immune control mechanisms, and identify which B cell-specific molecules will respond to targeted drug therapy.