The research interests of the Histone Variants Group is to fully understand the molecular mechanisms of how histone variants, in particular the histone variant H2A.Z, regulate aberrant gene transcription in cancer. We are working on two different types of cancer: prostate cancer and anti-estrogen resistant breast cancer.

We recently discovered that acetylation of the histone variant H2A.Z (H2A.Zac) is associated with oncogene activation in cancer. Our exciting finding adds an entirely new dimension to the “histone code”, because for the first time we have shown that the post-translation modification of a histone variant can be deregulated in cancer, correlating with aberrant gene expression. There are however still many unresolved key questions concerning the mechanism by which H2A.Z acetylation promotes gene activation.

In the prostate cancer project we are performing genome-wide analyses to study the effects of H2A.Z and/or H2A.Zac in gene deregulation and how this histone variant interacts with other epigenetic mechanisms with a particular focus on nucleosome positioning.

In the anti-estrogen resistant breast cancer project we are interested on understanding the epigenetic reprogramming of the transcription factor Elf5. Elf5 is a novel key determinant in endocrine therapy resistance. Understanding the molecular mechanisms of resistance would benefit a large number of women with hormone-resistant breast cancer. We are currently studying the involvement of epigenetic factors, including histone variants, on the regulation of the expression of Elf5 during the acquisition of anti-estrogen resistance. 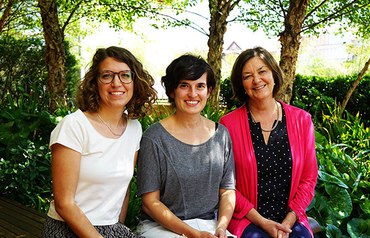 How genes drive prostate cancer: all in the packaging?