Parkinsons Disease (PD) is a chronic debilitating neurodegenerative disorder that currently afflicts >5 million people globally and is predicted to rapidly increase by 50% in the next 20 years as our population ages. Although predominantly considered a movement disorder, people with PD also experience significant non-motor symptoms including sleep disturbances, olfactory dysfunction, autonomic dysfunction and changes in cognition. Much earlier diagnosis and new treatments are critically needed as (i) at the current late stage of diagnosis, patients have already suffered significant neuronal dysfunction and loss (ii) there is no cure and current therapies are only partially effective at treating some of the symptoms, while progression and spread of the disease continues.

The lack of knowledge of the underlying mechanisms responsible for causing PD and its progression is the major impediment to therapeutic advances and a cure. To achieve earlier diagnoses and development of treatments, our research focuses on discovering the cascade of molecular and cellular events that cause the loss of neurons in PD. To accomplish this we are taking a multifaceted approach involving the following:

1. Neurogenomics. Specific regions of the human genome are significantly associated with PD, only some of which are protein-coding genes. To understand how these regions might contribute to the disease we are currently identifying what RNA transcripts are encoded at these regions. This approach is ongoing but we have already discovered a family of long non-coding RNAs (lncRNAs) that appear intimately involved in PD, potentially in a causative role. lncRNAs have been found to be involved in multiple regulatory pathways such as alternative splicing, transcriptional, post-transcriptional and epigenetic processes and represent an exciting and previously undiscovered class of factors contributing to neurodegenerative disease. The lncRNAs we recently discovered are currently under assessment for both the mechanistic insights they provide into PD as well as their use as critically needed PD biomarkers.

2. Human induced pluripotent stem cells (hiPS cells), derived from patients fibroblasts and then differentiated into neurons, can recapitulate the disease phenotype(s) and provide access to clinically-relevant cell models. We are utilising the potential of these cells to validate and extend our findings, especially with respect to the PD-associated primate specific lncRNAs we have discovered.

3. αSynuclein is a synaptic protein central to PD, with its increased expression or mutation resulting in early onset forms of the disease. Our previous studies have identified some of the toxic consequences of this protein and we have recently discovered a cellular dysfunction common to PD that renders cells hypersensitive to αSynuclein, integrating two major aspects of the disease.

4. Preventing Parkinson's disease progression. Recent evidence suggests that the inevitable progression of neurodegeneration in PD may involve the “release” of toxic forms of αSynuclein that are taken up by neighbouring neurons where it triggers dysfunction. We have identified a gene that contributes to this “intra-neural transmission” and are currently assessing the impact on disease progression upon modulating expression of this gene. 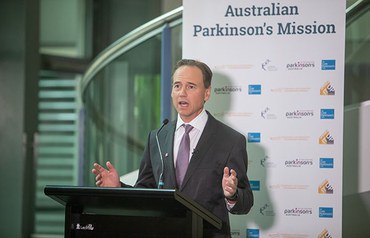 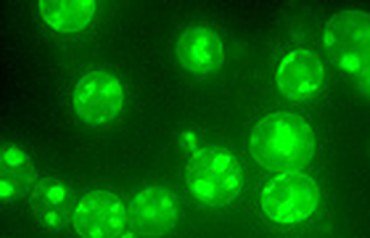 How yeast is helping us to understand Parkinson's disease