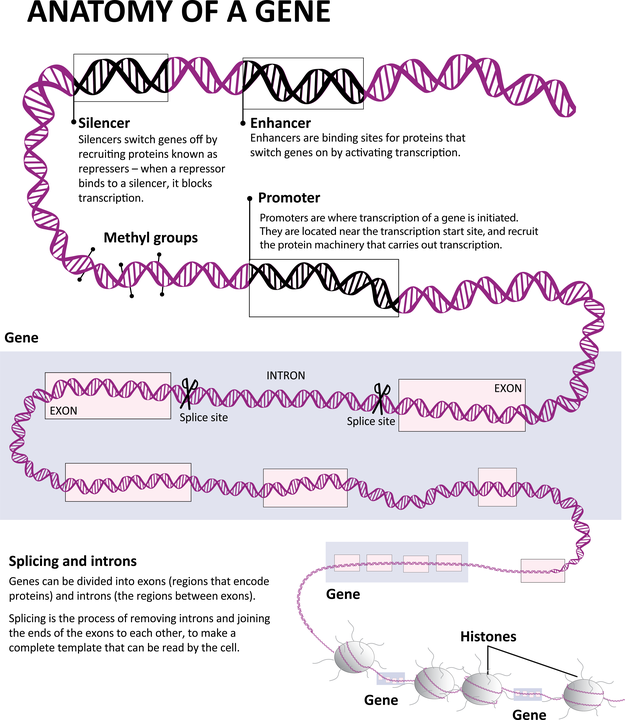 Genes are sections of your DNA sequence that are used as templates to make proteins – molecules with specialised functions in the body. Only about 1% of your genome is made up of protein-coding genes. The rest of the genome is made up of non-coding DNA. This non-coding DNA has other important functions, like regulating how and when genes are used, and controlling the transcription and translation of genes.

DNA contains sequences that can switch genes on or off – a process that can help a cell carry out specific functions. These sequences can sometimes be found far away from the gene they control. This regulation of genes often occurs at the stage of transcription – the first step in decoding the information in DNA to make a specific product. Some examples of molecules and DNA regions involved in gene regulation are enhancers, promoters and silencers.

Epigenetic changes regulate genes without modifying the DNA sequence itself. An example of this is methylation, where chemicals called methyl groups are added at certain points in the DNA sequence. These methyl groups act as signals that the gene is switched off or silenced, and cannot be transcribed. Genes can also be regulated by how tightly they are wound around proteins called histones.