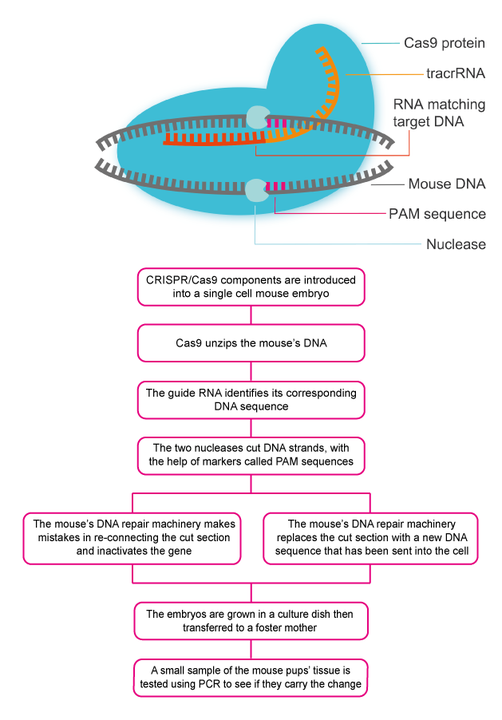 The CRISPR-Cas9 system evolved in bacteria as a defence against viruses, making it essentially a bacterial immune system. Scientists around the world now use it like a cut-and-paste tool to edit DNA.

CRISPR regions are short, repeated sequences of DNA broken up with spacer DNA from previous exposure to viruses or plasmids. Cas9 is an enzyme that recognises the spacer regions and cuts them out – originally a way of removing foreign DNA from the bacterial genome.

CRISPR-Cas9 has been adapted to edit DNA in the laboratory – when injected into cells with a guide sequence, CRISPR-Cas9 can cut out any region of DNA and replace it with a new sequence. With this technology, it is theoretically possible to edit human DNA to remove variants that cause or increase a person's risk of developing an inherited disease.