We inherit our DNA from our parents, across 23 pairs of chromosomes. Each of these pairs consists of one chromosome from our mother, and one from our father, meaning we have two copies of most of our genes.

Changes in genes, known as variants, can be inherited in different ways depending on whether the variant affects one or both of these copies. 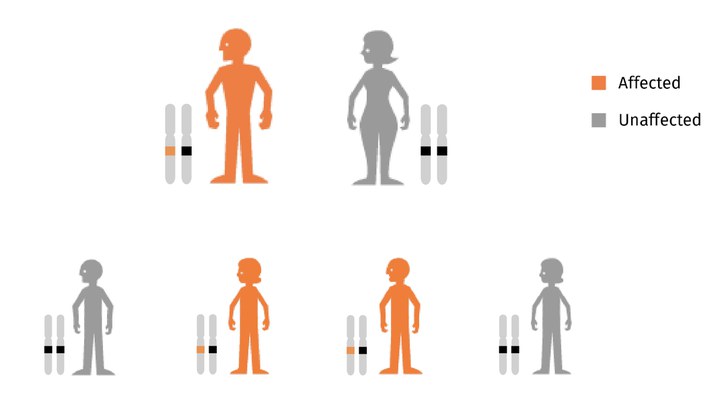 If a genetic condition is described as dominant, this means that a person will be affected regardless of whether they have inherited one or two copies of the disease-causing variant. If one parent is affected by a dominant condition, then each of their children has a 50% chance of inheriting the same condition. 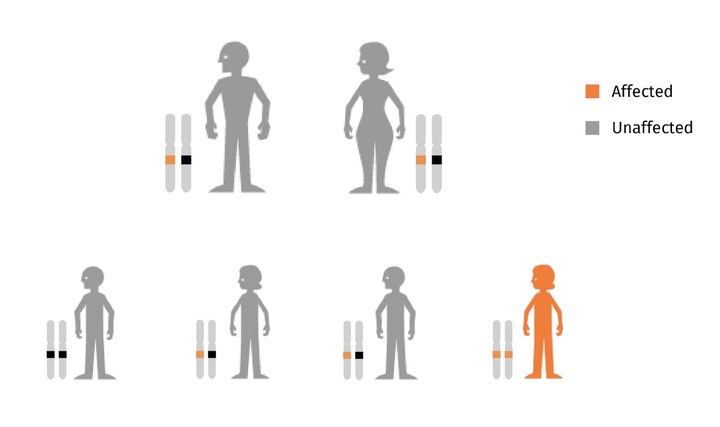 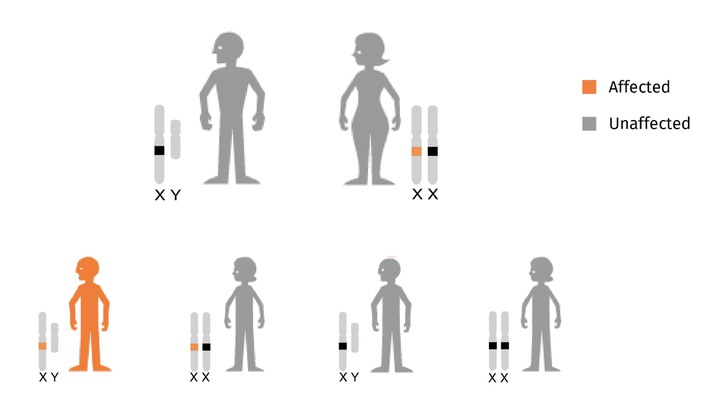 Sometimes, variants are located on a person's sex chromosomes, known as X and Y. In this example, a son and daughter have both inherited an X chromosome variant from their mother. As the son only has one X chromosome, he is affected by the genetic condition while his sister and mother do not have symptoms (are carriers).