The sequence of units (nucleotides) that make up your DNA is important. Your body uses sections of DNA, known as genes, to make proteins and other molecules that it needs to function.

Each set of three nucleotides in a gene corresponds to a particular amino acid – when your body reads the sequence of a gene, the corresponding amino acids are assembled into a chain to make a protein.

Differences in your DNA sequence contribute to your individuality, and also affect the way your body functions. These differences are known as variants. Variants can be large or small, involving many nucleotides or just one. 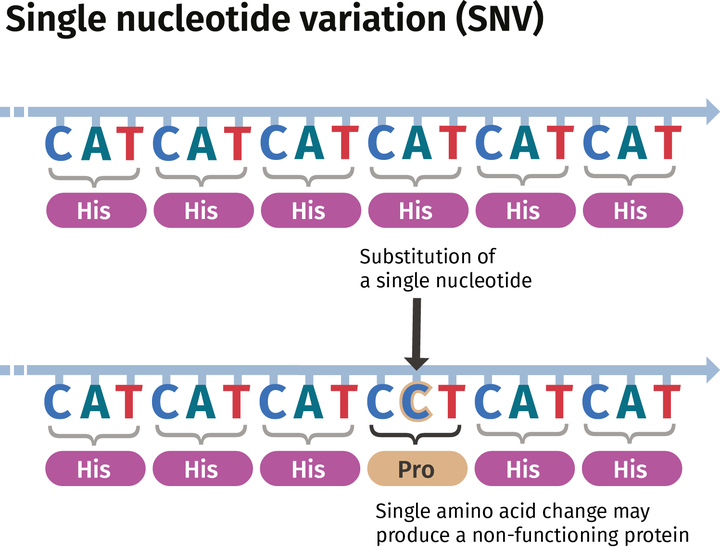 Because each set of three nucleotides corresponds to a different amino acid, a single nucleotide variation can change the amino acid that is added to the protein chain. This can result in a protein that doesn't function as well, or one that may not function at all. If the altered protein is involved in an important process in the body, then sometimes even a single nucleotide change can cause disease. 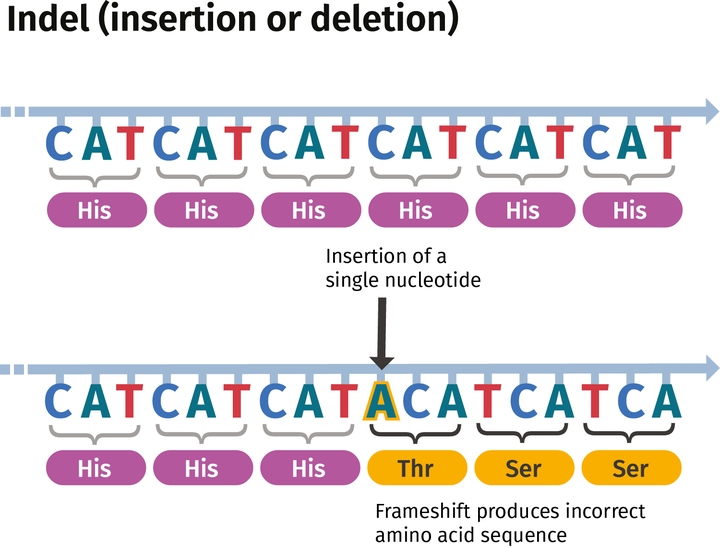 Variants can also be insertions or deletions of one or more nucleotides.

If the number of nucleotides involved in an insertion or deletion is not a multiple of three, then it can result in a frameshift. This means that there is a shift in the grouping of all remaining nucleotides in the gene, which can cause several incorrect amino acids to be added. Frameshift variants can have large effects on the function of the protein produced, and might end up not producing the protein at all.