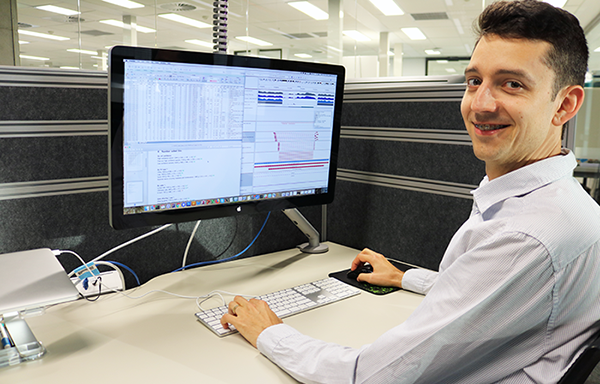 SVs are large changes in DNA of more than 50 base pairs. While they make up a small number of the variants in our genomes, their size means they account for 75% of all DNA bases affected by variation.

“Theoretically structural variants could play a role in all disease types, but practically there are some diseases that are more frequently caused by SVs than others,” said Dr Minoche.

It is difficult to accurately detect SVs with genetic tests, including genome sequencing. Most genome sequencing methods involve breaking DNA up into small fragments so that the genetic code can be read.

These fragments, also called “reads”, are then matched back to their original genome location so variants can be detected. This process can be challenging. Reads connecting distant genomic locations could indicate structural variation, or could just have been wrongly matched.

ClinSV combines current tools and draws from international genomic databases so it can detect multiple indicators of SVs at once, including changes in read depth and sections of reads being mapped to different areas of the genome. The visualization of variants and the evidence that they are real helps to rule out false positives.

“This represents an important advance in our goal to comprehensively characterise all genetic variants in patient genomes,” said Dr Cowley, “I expect that the use of ClinSV will drive higher diagnostic rates in the clinic, and improved understanding of the genetic basis of disease.”

The tool has already been used in research into nine disease areas, including intellectual disability, developmental delay, autism, cancer and mitochondrial disease.