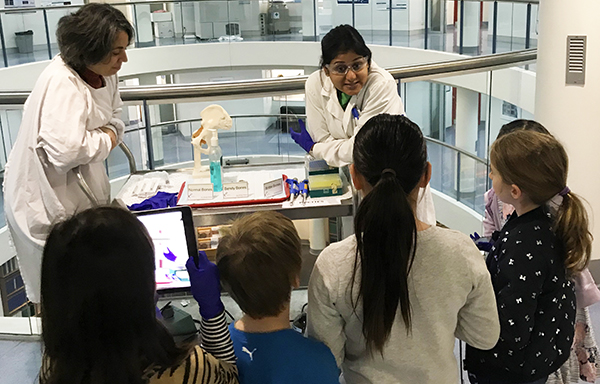 On 10 July, the KCCG provided a tour as part of CONASTA 67, the annual conference of the Australian Science Teachers Association.

More than twenty teachers toured the genome sequencing facility and cell observatory before participating in a workshop to explore using the Personal Genome Project in their genetics lessons.

The Garvan also hosted and two days of Dr Egg Adventure Workshops on 16 July and 18 July. Dr Egg is an interactive story world that spans games, television, books, and educational activities that allow children to explore genetic science and ethics.

Dr Egg Digital and the Garvan, including Lauren McKnight and Bronwyn Terrill from the Education and Communication program, ran workshops with primary students.  The students toured a Garvan laboratory to learn about science experiments and took photographs that will inspire the lab spaces within the game. They also created puzzles for the game which will help other primary students investigate, research, and explore the Science and Technology curriculum.

These workshops were funded by a City of Sydney grant. 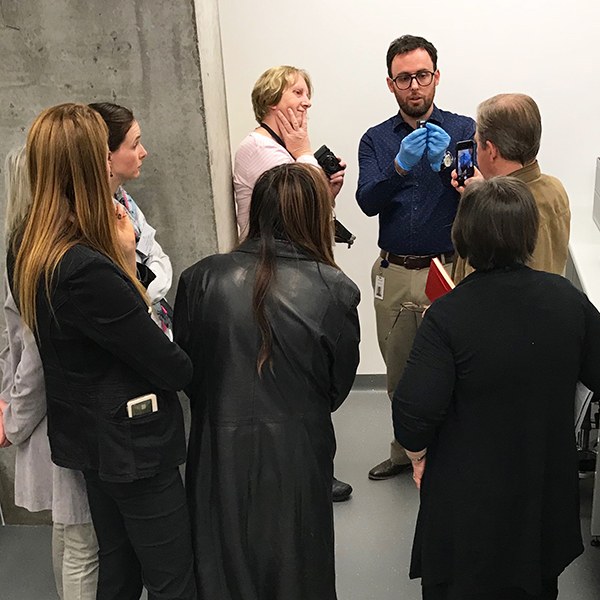 The Genetic Alliance Australia held a special leadership meeting at the KCCG on 22 August.

Genetic Alliance leaders toured the sequencing laboratories, hearing from researchers across the KCCG.  Dr Martin Smith and Bronwyn Terrill spoke about the latest genomic technologies. Then Dr Warren Kaplan and Dr Alexander Drew discussed the challenges of genomic research and how it can help people affected by genetic conditions.

KCCG researchers also had the opportunity to learn from Genetic Alliance leaders about their experiences, concerns and priorities.