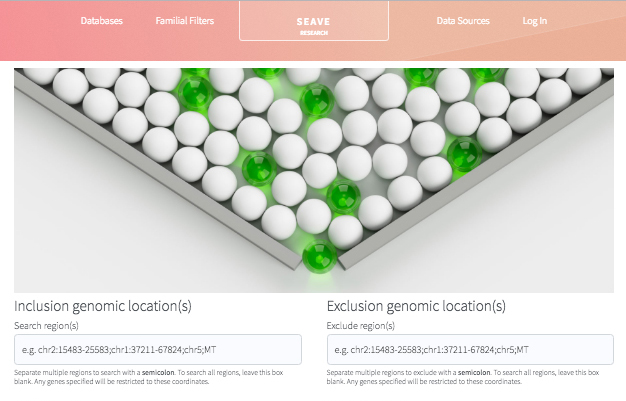 A major challenge of clinical genomic testing is working out which of the 4 million variants in a person’s genome could be the cause of their disease. This process is called genome filtering.

It is already used by clinicians and researchers to help them diagnose and research cancers, immune disorders, cardiac disorders, mitochondrial disease and intellectual disability.

“Data is stored securely, but also in a way that lets researchers and clinicians collaborate,” said Dr Gayevskiy. “Seave is accessible from anywhere, the only requirement is a web browser.”

“Seave has several novel features, such as allowing the investigation of large variants and maintaining its own regularly updated annotation databases so users always have the latest information,” said Dr Gayevskiy.

Seave also supports in depth investigation of the filtered variants by bringing together evidence from more than 20 online genomic databases and tools.

The KCCG has also developed SeavEd, an education tool for health professionals who want to learn more about clinical genomics. They can explore genomic data and solve clinical case studies, getting insight into genomic testing processes.

To learn more about Seave, see the recent paper in Bioinformatics or the recent Garvan news article. Those interested in using Seave can also access the source code and documentation.