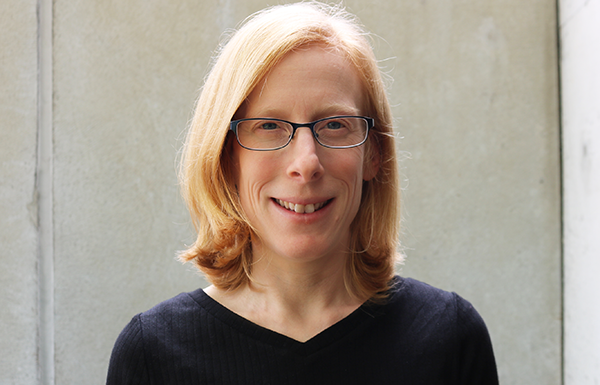 Dr Sarah Kummerfeld had an interest in genetics from a young age. After hearing a talk on the emerging field of bioinformatics by Dr Karl, she decided to study the unique combination of genetics and computer science for her undergraduate degree at the University of Sydney.

It was during her PhD in computational biology at the University of Cambridge that Dr Kummerfeld became interested in genomics. The human genome project was nearing completion, and its findings were opening up a whole new field of research. With access to the full repertoire of human genes, Dr Kummerfeld developed algorithms to predict the structure and function of proteins encoded by the genome.

“It was an exciting time to be involved in genomics,” Dr Kummerfeld said. “After completing a fellowship at Stanford University, I also worked for 10 years at the biotechnology company Genentech, using large-scale genomic approaches to study how our DNA affects our response to medications.”

“Together with Mary-Anne Young [clinical head of KCCG], I’ve been focusing on developing a strategy for our centre and working out where we can have the most significant clinical impact,” Dr Kummerfeld said. “We’ve spent a lot of time talking to staff within KCCG and across Garvan to identify ways we can work together to advance KCCG’s mission of translating genomics to the clinic.”

In the future, Dr Kummerfeld plans to use her role as head of KCCG’s translational genome informatics team to study complex conditions like osteoporosis and chronic pain. “Unlike diseases caused by a variant in a single gene, complex diseases can involve tens or even hundreds of genes interacting with each other, and environmental factors,” Dr Kummerfeld explained. “One of my team’s goals is to use genomics to predict how likely an individual is to develop these conditions, based on these complicated interactions.”

“I’m really excited to see the plans we have put in place start to become a reality and benefit real patients,” said Dr Kummerfeld. The computer scientist in me likes devising elegant solutions to complicated problems, but what I love most is seeing how these algorithms and analyses can change the way we practice medicine.”