Prostate cancer is the most common male-associated cancer and the second most common cause of male-associated cancer deaths in the western world. Limitations in the clinical management of prostate cancer include: lack of early presenting symptoms, extreme diversity in disease outcomes (from those whose cancer will never progress to those whose cancer metastasizes rapidly, resulting in death), lack of significant lifestyle associated modifiable risk factors, controversy associated with prostate specific antigen (PSA) testing, lack of easily detected biochemical markers of prostate cancer risk and disease course and diversity in impact of current treatment options.

Statistics for Africa, however, are scarce or likely significantly under reported. The team wishes to define the contributing factors (environmental and/or genetic) that link prostate cancer to African ancestry. To achieve this goal the team has teamed with researchers within Africa. 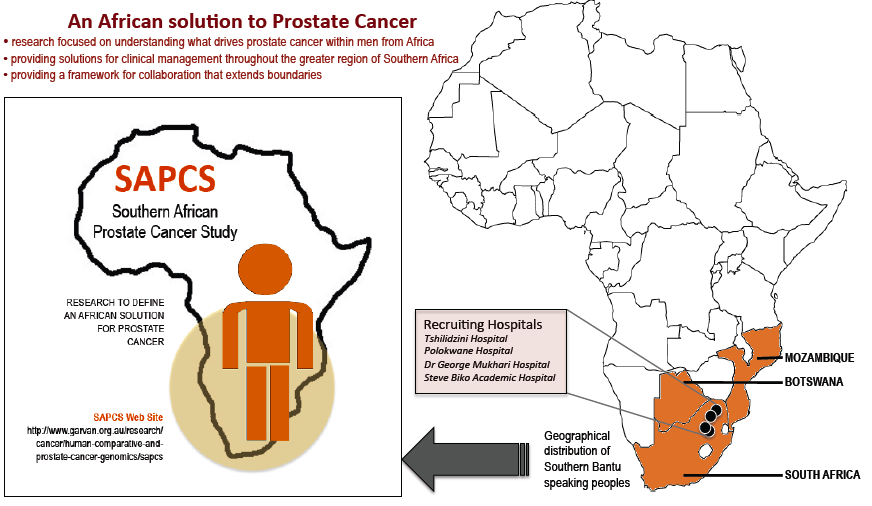 The SAPCS provides a unique epidemiological, genetic and prostate tissue resource dominated by an early-onset aggressive disease phenotype. The team is utilizing this resource as an alternative to Australian-based studies, which unlike western countries, has not been impacted by almost 20 years of PSA testing.

The SAPCS members would like to remember Prof Chris F. Heyns (1949-2014) past president of the South African Urological Association, past-president of the College of Urologists of South Africa and Head of the Department of Urology at Stellenbosch University. Prof Heyns was an inspiration to the community and made an enormous contribution to understanding the impact of prostate cancer within South Africa (and globally). Prof Heyns was an inspiration to many of the SAPCS members and he will be missed dearly. 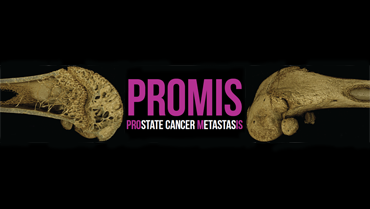